Many may recall from many years ago the cartoon antics of a heroic police detective, Dick Tracy, fighting evil on a daily basis in a bygone era.  He was equipped with a “2-Way Wrist TV,” a precursor to today’s world of cellular phones and miniaturized electronic devices.  A few of us may remember the 1990 movie devoted to memorializing his antics, but Turkish bankers have gone one step further in today’s modern world.  Teaming with MasterCard, they recently introduced a mobile payment device that operates, not from your smart phone, but from your wristwatch. 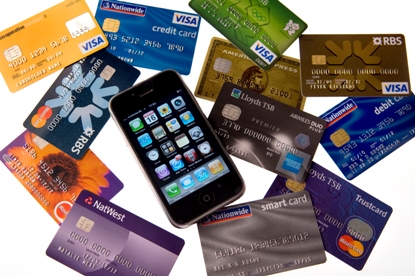 This innovative watch goes by the name of “Bonus Trink” and utilizes the “PayPass”  system developed by the major card association MasterCard.  PayPass typically works where a consumer has a specially programmed key “fob” that contains the necessary payment information for a credit card transaction.  Using “Near Field Communications” (“NFC”) technology, the “fob” can communicate with merchant terminals designed for the task by sending it the authorization request directly over the airways electronically.

The consumer merely waves the “fob” near the terminal, the signal prompts a step-wise routine to commence, and within seconds the sales transaction is completed in the normal fashion.  MasterCard is currently testing this technology at a number of vendor sites, most notably Starbucks, and Visa has also has a similar service in test-phase around the country, as well.  Garanti Bank, the second-largest privately owned bank in Turkey, is the first institution to introduce and experiment with a “wristwatch” platform.

What is driving this rush to innovation?  Unless you have been asleep in a cave for the past decade, cellular phone technology has been changing nearly every aspect of our lives, from communicating with our children, to reviewing our emails, or to you name it.  The imagination of entrepreneurs has been set ablaze by all of the possibilities.  The “game changer” has been the invention of the smart phone.  It contains a complex operating system, capable of accessing the internet and then performing a host of applications due to the intelligence contained within the endpoint device.

In America today, there are nearly 100 million smart phones in use, with additional growth of 50% projected for the coming three years.  By 2015, nearly half of the population of adults in our country will literally be connected to the web “24X7.” From your mobile “command post,” you will be able to conduct your daily business, family, or entertainment routine.  The payment industry is not asleep at the wheel on this one either.  Hundreds of companies across the globe are developing “wireless” technologies that will support retail shopping, provide instant loyalty discounts after a purchase, and text you directly when your favorite items are going on sale.

By 2016, retail sales on these devices are forecast to exceed $120 billion nationally and will multiply outside of our national borders. Even many developing countries are “leapfrogging” to this technology, so the race is on.  As is the nature of these types of innovation “races,” there are more ideas under development than can be reasonably supported by the marketplace.  There will be “winners” and “losers,” but survival of the fittest will deliver the best that modern technology can offer. To research more about mobile payment technology, click here.