Apple has just unwrapped the curtain to reveal its latest smaller version of iPad tablet to be official as the iPad mini. The “mini” on its moniker simply suggests that it’s a smaller iPad with 7.9-inch screen diagonally. So it seems, the Cupertino-giant is throwing us resized versions of its famous iDevices, starting with a longer iPhone 5, while this time it’s a smaller iPad mini. Are you still excited? Read on after the virtual break. 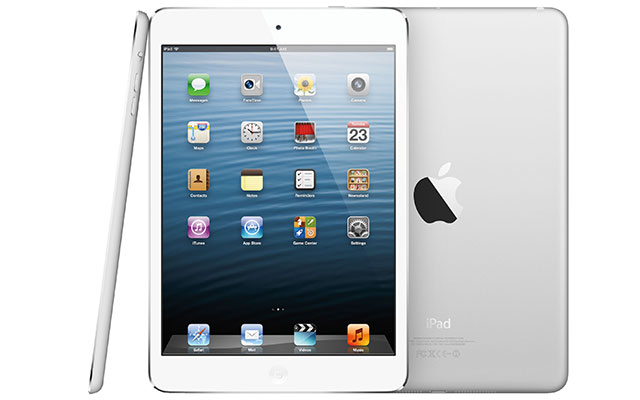 As usual the new iPad mini will be available in two classic hues, black and white. It’s notably larger that other 7-inch tablet competitions, with 7.9-inch screen with 4:3 aspect ratios while hosting a 1024×768 screen resolution that can be track down from the original iPad and iPad 2, yes –no Retina Display with only 163ppi. The new iPad mini also will be powered by an A5 chip processor which is common from the iPad 2 and the latest version of iPod touch. In addition, it has a Facetime-loving 720p camera and 5-megapixel in front and back, respectively. There’s also Apple’s new Lightning connector and it’ll be lighter by almost 50-percent of the full-sized iPad at 10.9 ounces with just 0.28-inch thickness.

The iPad mini will start shipping on November 2nd with pre-order by October 26th. Expect the higher models to come out 2 weeks after.

There are several doubts on how Apple will position the iPad mini in its current array of products which seemed to be overlapping on the current market of the iPad and iPod touch. And so far, as we see it the price range for the iPad mini suffers the most to have it on the middle of both iDevices, now how it will be fared from the current Amazon Kindle Fire and Google Nexus whose current price range were around $150-$200?

In time for the Holiday shopping season, even the future for the iPad mini is questionable (apparently it might destroy the iPad and iPod touch core market) as Apple reveals the it has sold 100 million iPads already rooting from its release back in 2010, you can expect that this newly announced tablet will sell like hotcakes, too.