Skip to content
TechGeeze > Technology > Featured > Should you upgrade to the new iPhone 5?

After Apple introduced the iPhone 5 on Thursday—with its taller screen, faster networking and new Lightning port—iPhone owners everywhere faced a common question: Is it worth an upgrade? 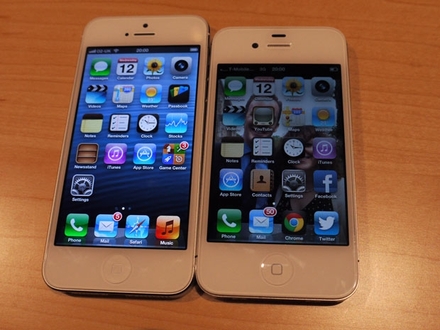 Before upgrading to the new iPhone 5 you need to consider few factors like cost, what you have now and what you really get out of the new upgrade.

Apple took a big jump from 3.5-inch screen to 4-inch big screen. Its not a big jump when compared to Samsung current best seller with 4.8 inch screen.

Apple engineers accomplished that by creating the first Retina display with integrated touch technology. Which means instead of a separate layer of touch electrodes between display pixels, the pixels do double duty — acting as touch-sensing electrodes while displaying the image at the same time.

Extra big screen means you can have more icons on the home screen, more navigation options in apps etc.

4G refers to faster data on phones, LTE (Long Term Evolution), is the best flavor of 4G, delivering data so fast with this technology(http://www.alltechbuzz.net/) it can feel like you’re on a cable modem.

The big problem with 4G LTE supported mobile is that it tends to be a battery drainer. But Apple seems to have solved this problem and managed to give a better battery life than its predecessor.

It’s really hard to find an iPhone user who hasn’t broke their screen atleast once. So this time Apple decided to give an extra protection to the glass. Apple has given an extra layer of glass to protect the phone from getting damaged easily, with its back made from anodize Aluminum 6000, same from the material of Macbooks.

Its new A6 Processor is the great asset to the new iPhone 5. It looks like its twice faster than the previous A5 chip. It is a worthy upgrade to the users who play a lot of games or use applications so that they can take advantage of the additional performance.

Though there are few drawbacks of this model like no much improvement in camera quality, Lightning port-speaker dock incompatibility and added cost from buying the $30 worth adapter, still it’s a worthy upgrade for those users who want to experience a better gaming and application handling at a great speed and very high performance.

If you are still using an iPhone 3GS, iPhone 3G or the original iPhone then it’s the time for you to upgrade your mobile and pre-order iPhone 5, but if you have the iPhone 4S, better if you’ll be taking some times to learn if it’s really worthy to have a much expensive iPhone 5 or if you can find a trade-in options from your carrier to have the upgrade less burden for your pocket.