has taken the world by storm, beating all other Android Smartphones, it’s one of the most rapidly selling phones right now. The Samsung Galaxy SIII vows to understand you, to share what’s in your heart, to keep track of loved ones, to see your best side, to share the warmth of future and to wait till you’re asleep; it’s designed for humans. 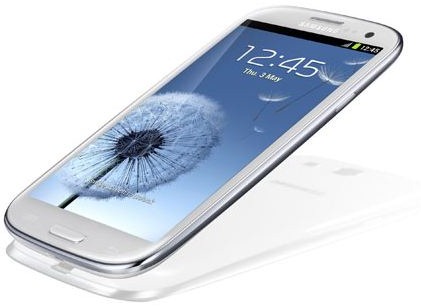 SIII comes with a 4.8 inch HD screen, redefining phone visualization and touch screens. SIII comes with the Super Amoled technology that enhances visual colors making them appear brighter and more vivid. Galaxy SIII is available in two colors, pebble blue and marble white, which are both attractive and give out a shine.

According to the design the Galaxy SIII is more like the SI with its rounded sides but has surpassed the design of both previous Galaxy’s SI and SII (thankfully not so susceptible as the previous one to the Samsung S2 Galaxy Tracker). This Smartphone is more sleek and light, weighing just about 133g. There’s just one issue with the Galaxy SIII’s physical appeal and that’s the plastic back. It gives the phone its light weight but also makes the phone appear cheaper.

The Samsung Galaxy SIII comes with different internal storage options of 16GB to 64GB. Samsung doesn’t stop with its internal storage just here; the phone has its own microSD slot for consumers trying to achieve more internal storage. This gives consumers who love movies and songs the advantage to keep their favorite media with them at all times.

Samsung Galaxy is endowed with a Samsungs Exynos 4 Quad processor; a 32nm chip with a clock speed of 1.4Ghz. The fast core-processor means that there are minimal chances of the phone getting stuck or be a victim to forced stopping and neither will background applications and data cause problems in the phone’s performance.

After talking about Samsung’s aesthetic appeal let’s talk about its other variables. The SIII is adorned with a 1.9 megapixel front camera and an 8megae pixel rear camera along with LED flashlights. The camera specs are just as those of HTC Sensation XL and the new HTC One X. Samsung Galaxy SIII has in built camera effects such as HDR and Best Shot. These help defining photos and images but altogether the photo capturing effect wasn’t as high as expected. The picture resolution was good with bursting colors but all in all they weren’t totally astounding. The front-camera on the other hand was surprising as the resolution was quite optimal with very less graining, an issue that’s been prevalent in all other smart phones; Apple Iphone’s and HTC’s.

To make Samsung Galaxy more promising, Android’s 4.0 Ice Cream Sandwich has been used as the basic operating software. SIII and its new rival HTC One X both are using Android’s Ice Cream Sandwich 4.0 as operating systems but SIII is also utilizing TouchWiz user interface overlay; this gives user’s seven different home screens and the freedom to personalize them with application shortcuts or widgets.

Samsung Galaxy comes with its in built S-Voice, Samsung’s voice recognition system. This helps users unlock their Samsung Galaxy SIII and do basic tasks such as sending text messages or setting reminders.

Galaxy SIII’s battery is quite remarkable, it lasts up to two days before needing charging and also has the usual power saving mode installed in it.

Altogether we can say that the Samsung SIII has surpassed its previous models and promises users a lot. There are some drawbacks of course since the phone’s OS has the problems that come with Android (third party malware apps and Android spy software). Yet, the rapid performance and HD screen, increased battery power, performance and memory will make it a hub for media lovers as well as for consumers looking for something new and technologically innovative and lasting.

Author Bio: James Clark’s work revolves around tracking apps and software. His most recent stint in cell phone tracking has focused on Android Spy Software. Clark’s readers follow this work to get the latest scoop on all things tracking.