Another accessory from Apple, This time they named it as EarPods, Yes! a new and different name now. EarPods started new era in Earphones history. It was designed in awesome way which enables sound to enter directly in to ear. After 3 years of designing and work on this EarPods, Apple released it officially on Wednesday. It was just one click away to buy and experience, Yes! Earpods is available on Apple store now. 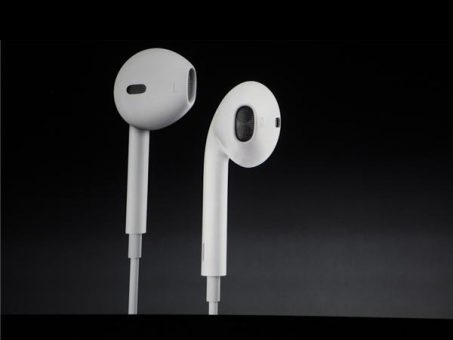 One work i can say about new Apple EarPods, WOW! Awesome!! Moreover this EarPods looks completely different when compared with old ones. Style and color is simply super. In new Apple video, they said It was testing on thousands of 3D ears and it would surely fits on all kind of ears. Shape is completely unique one, we have never seen such shape on any kind of earphones.

Apple EarPods surely rocks with its sound quality. Apple says it servers louder and best quality sound when compared with old ear buds. Bass and stereo effect is improved a lot in this new EarPods. When compared to earphones came with iPhone 4S and all, this one will surely use by all users unlike the old ones, Earphone from iPhone 4S is normal one with normal features. So it was permanently settled in desk or shelf’s, But i best you won’t do same with EarPods since it was simple to carry and pack. When coming to controls keys, it has 2 volume keys for adjusting. As Apple announced, it was compact-able with all Apple products, they include iPhone, iPod and iPad

Connectivity is more important, Second end of EarPods is connected with 3.5mm jack. So no problem it works on all devices and said earlier. It is easy to handle and pack. EarPods easily settles in all kind of pockets.

One thing i have noticed in EarPods is difficulty with contrail keys. I guess it was bit hard to navigate between two keys and also to handle with them. I think hardness on control keys make users fell bit unconformable while using them. It seems it was delicate and i guess EarPods can’t live long in hands of rough users like me.

Well, wanna buy it know right? Currently it was available to buy on Apple store and it costs only $29.9 or online e-tailer like Amazon.com, grab your EarPods

Amar Ilindra  is a blogger by passion, Designers by Interest and an upcoming engineer by mistake. His Interest on Technology and Social Media made him an Internet addict and finally a blogger. He usually writes about How-To’s, Social Media and Blogging on GeekDashboard