Finally the most awaited iPhone 5 is launched by the Cupertino-giant Apple. However, it was there all around on web with some accurate and some inaccurate features from last few months. 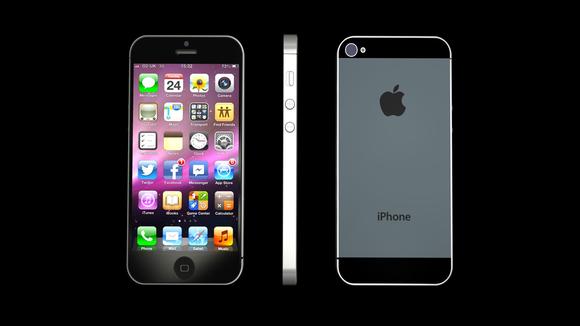 Within few minutes of the official launch of iPhone 5 it was everywhere on tech blogs and news websites. It is released into the market on 12 September 2012 with more advanced features compared to its predecessors.

Below are some of major features of this the all new gadget released by Apple Inc.

Although iPhone5 carries the same shape as of the previous iPhone models, only the dimensions are changed. It is 18% thinner and 20% lighter than iPhone 4S. Being made up of glass and aluminum, iPhone5 has an exotic look.

Compared to the previous models of iPhone it comes up with much better Facetime (front) camera clarity with 1.2MP and even the size of back camera is reduced about 25% which IPhone4S has.720p HD videos can be recorded with Facetime camera and it can also capture the pictures with high resolutions.

The most talked about feature of iPhone5 is its larger 4-inch Retina display with 1136*640 screen resolution. Apple iPhone5 works on the world’s most advanced mobile operating software iOS 6 and also it is updated with 3 microphones.

iPhone runs on a quad-core Cortex A6 processor which makes the device faster than its predecessors. It has got an improved battery endurance which supports 8 hours of 3G browsing, video playback up to 10 hours, Audio playback up to 40 hours and Talk time up to 8 Hrs on 3G. iPhone5 now has the feature of capturing the images while recording the videos and also has an face detection feature.

iPhone5 is 9 mm bigger than IPhone4S which makes it easy for the user to type with one hand. The wireless connectivity accelerates the Wi-Fi experience up to 150 Mbps. Unlike its previous circular ear phones Apple has come up with the new ear pods defined by the geometry of the ear which makes the user feel comfortable reducing sound loss and maximizing the output sound.

More to choose from

It comes in 2 different colors white and black which has a voice, data integrated on one chip. iPhone5 has got a new lightning connector which is 80% smaller, smarter, durable and reversible than the previous connectors.

Supports Nano-SIM and is not compatible with the existing micro-SIM cards.

Shiwangi is a qualified writer and a blogger, presently blogging on FindWebApps and Party Games. She loves to dabble with and writes about technology. While focusing on and writing on tech topics, her varied skills and experience enables her to write on any topics which may interest her.