Skip to content
TechGeeze > Technology > News > Apple and Samsung: The Race Continues with the Purchase of AuthenTec 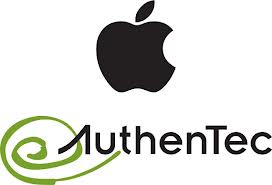 Apple and Samsung have been vying against each other in a cutthroat smartphone competition, leading fiercely into a multinational patent war lately. In the midst of the mayhem, Apple may very well have exceeded Samsung on another (i.e. Security) frontier, as the company buys the mobile security company AuthenTec for $356 million, which was previously known to have made a deal with Samsung for its Android Devices. One of the things AuthenTec is known for making includes the fingerprint sensing chips meant for security and identification as these are embedded in various computing devices. The complete announcement was filed with the SEC and the news reported first by Reuters.

The agreements with these companies

The BYOD trend- workers taking their handsets into the enterprise environment- was meant to be covered by AuthenTec by allowing IT managers to secure and authorize these devices in a jiffy, according to the deal the company signed with Samsung. The price reported by Reuters for the deal is 356 million dollars ($8 per share of the company)which is surprisingly a meager sum compared to the figure raised by the company before going public, which was about $600 million in funding. Retrospectively, Apple was giving hints concerning this deal in the Q2 results. Tim Cook, the CEO, alluded to Apple’s success regarding the quick and popular enterprise adoption of iPad, with its numbers increasing threefold in the Fortune 500 companies. Cook elucidates that iPad has become an almost necessity for employees all around the globe and helps them with their jobs for a range of industries. He added that the iPhone is considered the standard device for employees too, their numbers increasing twofold in the last year for Fortune 500 companies. The CEO of Box, Aaron Levie also claimed that among the company’s enterprise customers, out of every 10 about 6-7 customers work mainly in iOS environments.

Multiple deals…how does that work?

The status of this deal while juxtaposed with the pre-existing ones is unclear as to whether or not will these old ones continue, like the one with Samsung, with HBO for HBO GO app and with HP. For all we know Apple may intend to use it as a method of blocking a wider usage of the technology, especially by the rivaling parties.

What is it that Apple actually has lined up for the purchase? Well, in all likelihood it would be meant to integrate a more robust and stronger set of features that are enterprise friendly and include security and authentication services meant for the entire iPhone consumer base. Security with regards to smartphones has been a major concern for all parties related to the devices, with iPhone spy apps and mobile spy software lurking around the tech world and giving nightmares to most of the users as well the manufacturing companies. As the usage of wireless services increases, the more information is uploaded in the cloud by the users and these devices become a primary way of accessing that data. The introduction of services like mobile wallet will call for even greater importance of securing our devices.

Author Bio: James Clark has been in the business of providing quality information on spy software for cell phones for a while now. He’s an expert at all things spyware, but his main forte is iPhone Spy Software which has captured the interest of many.