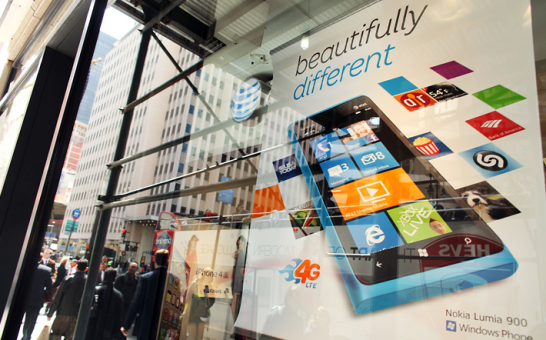 Windows Phone 8 is set to debut this fall in roughly the same timeframe as the Windows 8 OS for desktops and laptops. And Microsoft is working hard to attract developers to the platform.The company already runs a series of promotions and developer competitions around Windows Phone and will provide more Windows Phone 8 developer information as the launch date draws closer. Joe Belfiore, corporate vice president at Microsoft, noted in a June blog that, later this summer, the Redmond Company will have “much more for developers on the Windows Phone 8 Software Development Kit … and the new Visual Studio 11-based development tools.”

To win over developers, Microsoft must overcome its smaller slice of the market, some technical limitations with Windows 7 and additional issues such as backward compatibility. On marketshare, developers gravitate to platforms with the greatest user reach and, thus far, Microsoft has underperformed its mobile rivals. In a July report, The Nielsen Company pegged Windows Phone 7’s U.S. marketshare at 1.3 percent. Microsoft’s predecessor mobile OS, Windows Mobile, did slightly better at 3 percent. Android, on the other hand, captured 51 percent of the market, with Apple’s iPhone commanding 34 percent.

Nevertheless, some developers look forward to the release of Windows Phone 8. Plusses for the new OS include a shared code base with the Windows 8 OS, say developers. The two OS’s will share the identical kernel, file system and device drivers, among other components, according to Microsoft.

Glenn Schoonover, senior security engineer at KoolSpan, a maker of secure connectivity software, says the shared code base means developers will be able to develop one core version of an app and tweak the interface to suite desktop/laptop, tablet and phone platforms.

“We won’t have three different versions,” explains Schoonover. “That will really … reduce development time and simplify our time to market.”

For customers, the common code base would create a unified cross-platform user experience in the Microsoft environment. This approach may prove particularly appealing to large enterprise accounts that use Windows heavily on the desktop and tap Microsoft for messaging and collaboration as well.

Ira Entis, president of Advanced Technologies at Agilex, a professional services firm with a mobile app specialty, says Microsoft’s mobile efforts may lag behind the curve in the consumer market, but notes the story becomes markedly different in the enterprise space.

“In the enterprise, they are not at all behind,” says Entis. “You can argue that they have a massive advantage in terms of the enterprise footprint.”

Microsoft has a bit of timing in its favor as well. Large customers of RIM’s BlackBerry are beginning to explore alternatives amid the uncertainty surrounding that platform. That’s the case in the federal government sector, where most agencies are weighing their BlackBerry options, says Schoonover.

“Some have active programs evaluating new options for Android, iPhone and Windows Phone while others are in the data collection phase,” explains Schoonover. “This is driven by a combination of factors. One is the uncertain future of RIM as a business, and another is the cost of the RIM ecosystem.”

“We definitely think Windows has the strongest ability to displace BlackBerry in the enterprise space right now,” adds Entis. He says Android and iOS clients — and associated third-party device management and security tools — can meet a BlackBerry customer’s expectations. But Windows may offer a level of comfort to organizations in transition.

“Windows, in many ways, has a more familiar management approach in the enterprise that Microsoft provides natively,” says Entis.

Microsoft’s enterprise play could help the company recruit business app developers. But to attract developers and keep them in the fold, the company will need to address such issues as backward compatibility.

Chatty Solutions provides a platform for creating forms and data-centric mobile apps that require no coding. The company, says Khan, used Windows Phone 7/7.1 SDK extensively to build a platform that lets users develop and deploy native Windows Phone 7 apps without any knowledge of that platform. He says the Windows 7 SDK provided a powerful tool for developing business applications, noting that Microsoft included additional features, such as enhanced push notification support, after the release of Windows Phone 7.5 SDK.

“Microsoft has indicated that they are going to support older SDK applications on Windows Phone 8, which is very important to build the library of apps and also increase developer loyalty, which is a major challenge for Microsoft,” says Khan.

Windows Phone 7 lacked backward compatibility with Windows Mobile 6.5, so developers of apps for the latter OS “were left high and dry,” according to Khan. “The company cannot afford to do it again in the transition to Windows Phone 8.”

One issue Microsoft appears set to resolve is Windows Phone 7’s lack of MicroSD card support. KoolSpan found that omission particularly problematic since its voice and SMS text encryption app’s security token is based on a MicroSD card. The company was able provide a product based on Windows Mobile, but was compelled to skip the Windows Phone 7 generation. Microsoft’s Windows Phone 8 announcement, however, indicates that the OS supports removable MicroSD cards.

“That is a big positive change that will allow us to get back in the game with a Windows Phone solution,” says Schoonover.

John Moore has written about business and technology for more than 20 years. His articles have appeared in Baseline, CIO Insight, Federal Computer Week, Government Health IT and Tech Target. Areas of focus include cloud computing, health information technology, systems integration and virtualization. He is a frequent contributor to Digital Innovation Gazette.