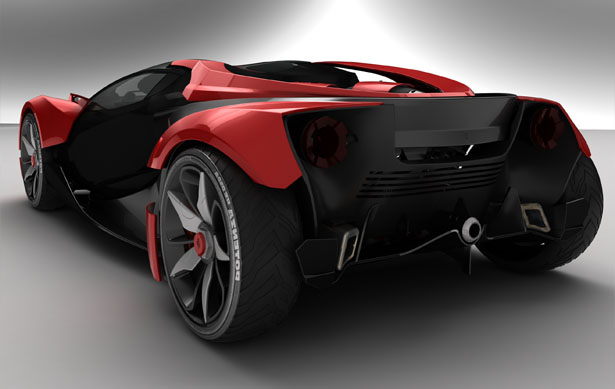 Ferrari has been one of the most popular car manufacturers around due to their elegant, luxurious and expensive yet the fastest of its class sport cars. And to bring us the company’s future car, designers, namely Marc Devauze, Vianney Brecheisen and Alexandre Labruyere, have created a concept of how Ferrari will look like in 2025, combined with all the future and green technology in it, beside the mind blowing aesthetics make way for the Ferrari F750. See full gallery after the break.

The ‘750’ on its moniker represents the weights that might only amount to 750Kg. There will be also two engines running the rear with petrol and the front with electric –seemed to be a normal hybrid setup. Where the petrol engine would act as a range extender and there could be shifting of engines depending on driving situations.