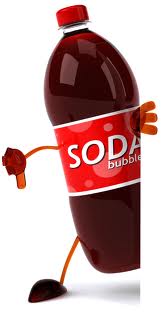 A study was published by US scientists at the University of California Los Angeles (UCLA) stating that too much intake of sugar can have an effect on your brainpower but it can be counteract by including an OMEGA-3 fatty acid on your diet. The said study was tested on rats wherein they underwent a high fructose corn syrup diet and how their memories were shattered by the corn syrup solution.

Two groups of lab rats were fed a solution that contains high-fructose corn syrup as drinking water for six weeks. This high fructose syrup is commonly used as an ingredient in processed foods. It is commonly found in soda, condiments, applesauce, baby food and other processed snacks. They have given one group of rats brain-boosting omega-3 fatty acids in a form of flaxseed oil and docosahexaenoic acid (DHA) as a supplement, the other group has none.

To see the actual effect of the high sugar intake, they have provided a complicated maze and placed the rats there for a five-day training session before the start of the sugar taking. After six weeks of drinking the solution, the rats were placed back on the maze to see how they perform. As a result, the DHA-deprived animals were less capable of solving the maze unlike before they were given the solution. It is also revealed that these rats developed signs of resistance to insulin, a hormone that controls blood sugar and regulates brain function.

Here’s the explanation on the result according to Fernando Gomez-Pinilla, a professor of neurosurgery at the David Geffen School of Medicine at UCLA.

“The DHA-deprived animals were slower, and their brains showed a decline in synaptic activity. Their brain cells had trouble signaling each other, disrupting the rats’ ability to think clearly and recall the route they’d learned six weeks earlier.”

“Because insulin can penetrate the blood-brain barrier, the hormone may signal neurons to trigger reactions that disrupt learning and cause memory loss.”

“Insulin is important in the body for controlling blood sugar, but it may play a different role in the brain, where insulin appears to disturb memory and learning. Our study shows that a high-fructose diet harms the brain as well as the body. This is something new.”

“Our findings illustrate that what you eat affects how you think. Eating a high-fructose diet over the long term alters your brain’s ability to learn and remember information. But adding omega-3 fatty acids to your meals can help minimize the damage.”

According to the US  Department of Agriculture, on a yearly basis, an average American consumes more than 40 pounds (18 kilograms) of high fructose corn syrup. This means that we should always watch what we eat especially when it comes to sweets because too much fructose intake could interfere on the insulin in our body which is necessary for processing our thoughts and emotions. 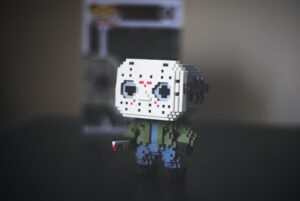