iPhone’s screen size has not been improved since then and as compared to the newly released phones nowadays, they boasts much larger screen. The Wall Street Journal reported that Apple is ordering large screens for the next iPhone which measures at least 4 inches diagonally. Also according to them, by next month production of these larger screens will be set in motion.

During these days, screen size matters so if the news from Wall Street Journal is true, Apple’s move to produce iPhones with 4-inch screen is a plus for them. Of course, aside from screen, Apple boasts its iPhone products’ quality, well that really counts a lot for consumers but consumers will be more interested on the new iPhone with larger screens.

When Apple unveiled its first iPhone last 2007, it has become a hit. It was a ground-breaking device with a novel interface running on a 3.5-inch screen. Since then, iPhones haven’t changed a lot. As compared to Apple, other mobile manufacturers moved up in a risky way but they have become successful as I may say because so far, they can catch up with Apple’s iPhone. On the other side, iPhone was improving just little by little in the past few years since it existed mainly because Apple is keeping its focus on their tried and tested strategy.

Apple’s iPhone is still dominant in the market just like few years back and they can sell it at the same price. Consumers still wants to own an iPhone even if there are lots of newly introduced mobile phones in the market. But consumers cannot deny the fact that iPhone is starting to show its age. We can say that Android phones also have its winning piece in the mobile world because of its new look, larger screens and newer features and this is how they get the attention of many of the consumers.

As per the rumor circulating over the internet, the new and upcoming iPhone will have a 4-inch screen. There are speculations that this is not true but someone has commented on The Verge and explained how it could be done. But in case it would be done correctly by Apple, it will be an amazing feature of iPhone. 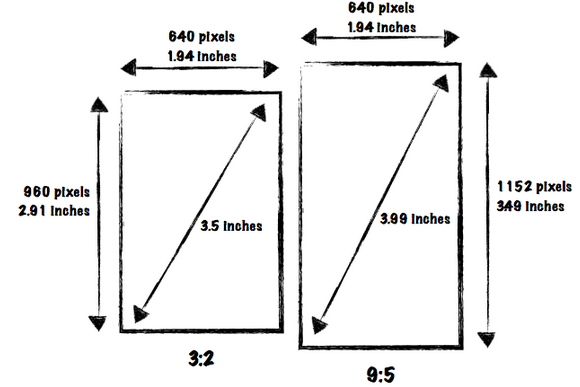 With all these rumors about the features of the new iPhone, we cannot deny that the release of iPhone 4S still got the market and sold like blockbuster. When it comes to profit and making money, they can still count on the current features of the iPhone 4S. But on the other hand, it seems that iPhone 4 has become one of the commonly seen mobile phones in the market. Other mobile phones was able to catch up with it and its like they are all leveled together.

Apple will introduce the next generation of iPhone later this year, no one knows exactly how it will look like. It may have a larger screen and it may not. But for sure, it will still have and maintain the quality that Apple is keeping on its top of the line products.