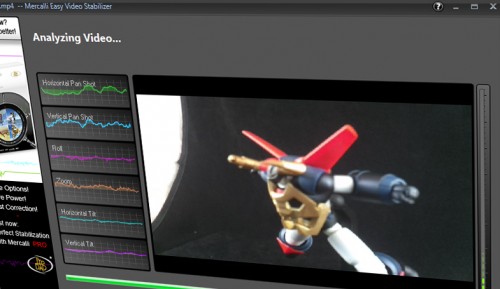 To those who often take videos but aren’t videographers or filmmakers, then this piece of software is for you. We’re pretty sure that you have encountered a situation where you just have to take a video of something happening at the moment. And when you do, you examine the footage, only to find out that the intended viewer would probably be confused of what’s happening simply because the video shakes too wildly. Or to a lesser extent, you just wanted to have a stable video without having to buy a tripod or a similar accessory. Then the people at proDAD might have the solution you’re looking for. For today’s review, we’ll take on the Mercalli EASY Video Stabilizer 2.0. The name alone suggests that everything will be easy with the use of this nifty software… so let’s find out!

We’re hoping that this is just a temporary setback concerning the file location. Installing the software entails that we download a little installer that upon execution, downloads the bulk of the installer itself. Not that we have a problem with that, but downloading from proDAD’s servers took a little while for a 25 MB file. With speeds only maxing out at 10 Kbps, that might turn-off others that would like to try out this software. But then again, that’s not the point of this review. 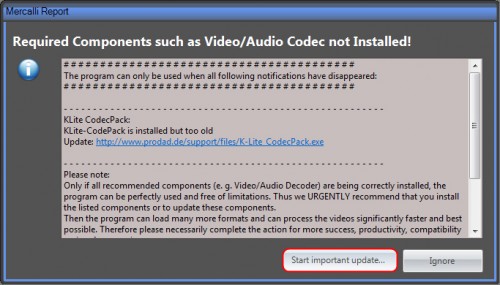 As with other video-processing software, it would require codecs to actually decode and encode the video files. Though for this case, the software recommends installing third party codec packages, such as the K-Lite Codec Pack. Now as a video encoder, it is quite known that installing the said codec pack might lead to some performance problems to your system as this package is too “bloated” just for installing codecs. As such, we’d recommend installing the Combined Community Codec Pack (CCCP) for all your decoding and encoding needs inside or outside of this software.

But other than that, the installation process went on smoothly without any hiccups. 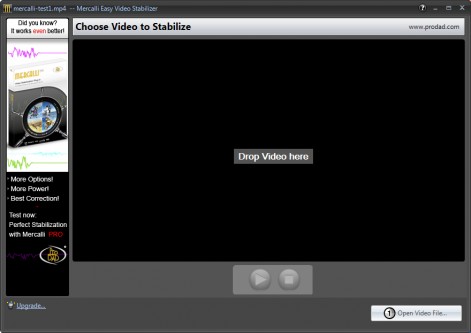 When they said that the use of this software is easy… they were absolutely correct, at least in the video stabilizing part. As you can see, this is the main window for this software. Other than the title bar buttons, there aren’t any other buttons to be seen, just a simple drag and drop and you’re video is loaded. Now again, this is in assumption that your system can read the video you’re trying to stabilize. For the purposes of this review, let’s assume that if you can play a video with Windows Media Player, then this program can read it. 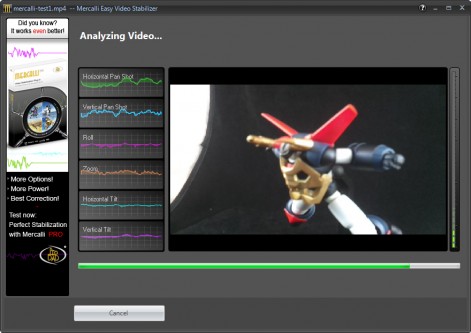 Upon importing, you just have to sit back and watch as the software analyzes the video and applies the necessary algorithms to stabilize the video. While many would see the graphs and all displayed as fancy, it actually shows the key aspects that the program uses for stabilizing the video. These include the horizontal/vertical pan shots, horizontal/vertical tilts, zoom and roll. 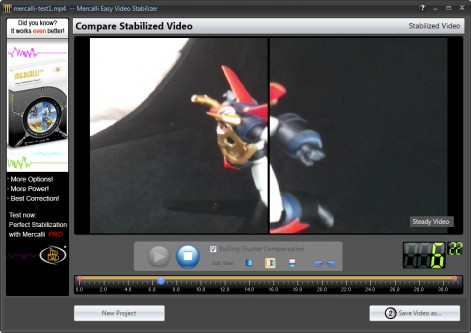 After analyzing the video, the program goes to preview mode where you can actually compare the original video to the stabilized one. You can either do it in horizontal split-screen like the sample above, or vertical split screen by simply clicking the icon at the bottom. As an additional treat, you can do simple trimming to cut out sections of the video, as well as rotate it either clockwise or counterclockwise. 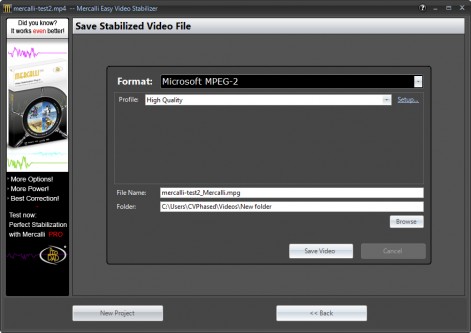 While stabilizing the video itself is easy, here’s the more complicated part. Given that the program uses third-party encoders to export video, then setting these decoders is up to the user themselves. At this part, we would want to point out that any loss of quality to your video is dependent on how you setup the encoders upon saving. The program isn’t responsible for that anymore, it actually passes the control to the encoders installed to your system. For the purposes of this review, we just use the default Microsoft MPEG-2 encoder for its fast encoding times, though the file produced is generally larger.

Here are samples of videos stabilized with the Mercalli Easy Video Stabilizer:

All in all, we actually liked how the Mercalli Easy Video Stabilizer did really made things easy. It has a simple interface that let’s you drag and drop videos and it will do the job. As far as stabilizing goes, it does what it should. The only detraction we can see here is its reliance to third-party decoders/encoders. Not that it’s bad, it’s just not to many are familiar with setting up the default encoders of their computers and might blame the stabilizing software for lessening the quality of the videos. But with its $14.95 price tag, we’re guessing that its part of the bargain. So for what it’s worth and what it does, we recommend it. For more information on the Mercalli Easy Video Stabilizer, head onto mercallieasy.com and for their other products, if you want to be able to fine-tune the video stabilization and have a lot more control, check out Mercalli Easy’s big brother…Mercalli V2 SA. 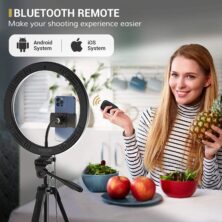 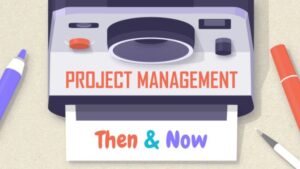 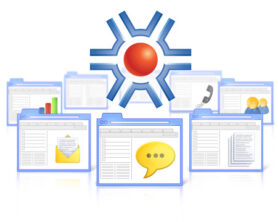