The development of robotics into the consumer market has been expanding in many directions in the last decade. Fueled by some of the same algorithmic technology as computer applications that allow users to download utorrent files and customize their mobile devices, modern robotics continues to accelerate. Recently, consumer robotics took another turn and this time it involves kissing. 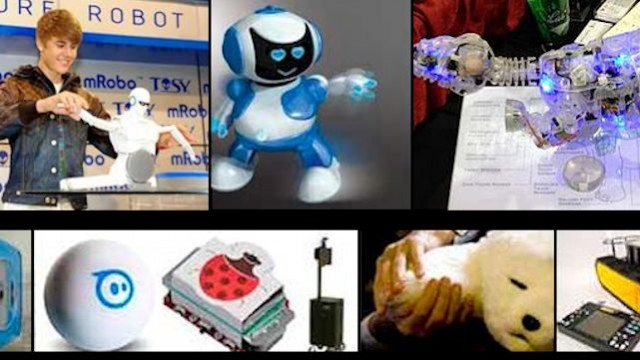 Artificial intelligence researcher Hooman Samani, who has been exploring a new field known as “Lovotics”, recently released his latest iteration which is called “Kissenger,” a miniature Skype-enabled computer that simulates the feeling of a kiss. The way it works is that a small synthetic pig with a pair of rubber lips is plugged into your company via a USB cord. When you or your partner, on the other end of the line, kiss the lips of Kissenger it will create a second kiss for your significant other. The technology behind Kissenger ranges from the practical to the bizarre, featuring a virtual mouth that simulates the act of kissing and touch sensitive lips that detect trends in kissing patterns.

While this may sound incredibly strange, Samani claims it’s part of an effort to make advanced robotics cater to human relationships and emotions. He thinks inventions like Kissenger will not only make intimacy more convenient for long distance couples, but that they will evolve the relationship between humans and machines. He and Lovotics have also created what they called a “Mini-Surrogate,” which is a doll-shaped robot that simulates a child or pet while also facilitating various telecommunications applications.

These aren’t the only recent dalliances into consumer robotics, or even kissing robots. A Japanese grad student recently created what he calls the “kissing box,” which transmits tongue movements between devices, so that the user can kiss people over the Internet.

Fortunately, not all robotic inventions entail kissing. A slate of new consumer robotics from CES involve more utilitarian functions. Romibo, for example, is a robotics collaboration project that involves crowdsourcing a robot into existence for the purposes of therapy, education and recreation. PerMMA is a personal mobility appliance that uses state of the art technology like robotic arms and teleoperation in order to grant people with disabilities more movement and independence. Finally, Myoma is an interactive rehabilitation system for stroke victims that seeks to combine a person’s own natural biological signals with a proprietary neuro-robotic technology.

As we can see, the field of robotics is running the gamut of innovation, catering to various forms of recreation, emotions, physical needs, and medical applications. At the very least, we can rest assured that no matter how advanced our robotics operations get, they won’t making kissing obsolete any time in the near future.