Sony has become the new entrant in the booming tablet computer market with two models, named the Tablet S and the Tablet P. Sony’s entry into this market is a good two years behind the Apple iPad which created the market and continues to dominate it with market shares upward of 75 percent. 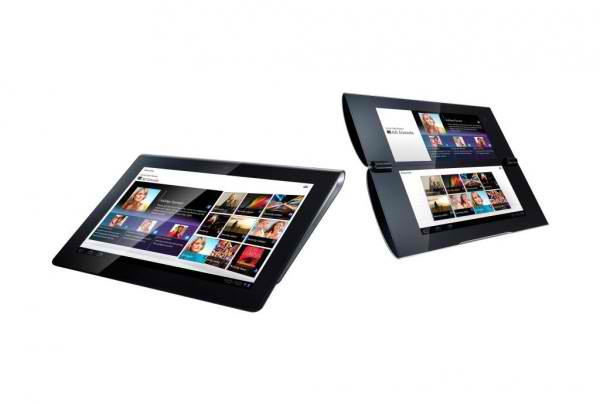 There are now over a dozen makes in the market including Samsung, Motorola, blackberry, and HP. The tablet computer market is however booming with 2012 sales expected to top 100 million units, growing 50 percent over 2011. Sony’s late entry will therefore not be a problem in this boom market. Sony, given its iconic image in consumer electronics, cannot come out with a me-too product and the tablet S and the tablet P are distinctive products with some compelling features. The Sony tablet S is priced at around $500, the same level as the iPad, signaling that there is, as yet, no call for a price based market positioning.

To begin with, the Sony tablet S has an unusual wedge shape, with a thickness of 0.3 inch at the thin edge and 0.79 inch at the thick edge. This shape has been described as that of a magazine folded open. Sony claims that the wedge shape makes it easier to hold the tablet as the weight distribution reduces wrist strain, though the Sony tablet weighs the same 1.33 pounds as the iPad. More practically, the wedge shape permits the tablet screen to be visible and usable when laid on the table which is a problem with every other tablet. The casing is in black textured plastic which looks elegant. The tablet has a 9.4 inch screen, similar to the iPad’s 9.7 inch.

The tablet P is hinged and has dual 5.5 inch screens that can be used independently or configured as a single screen. The folding feature makes the tablet P more convenient to carry in the pocket. The LCD displays incorporate Sony’s TrueBlack technology used in HD TVs to improve clarity. The capacitive touch screen has been tweaked to improve response to finger movements. Both front and back cameras are built-in. The front camera is for video conferencing and the 5 megapixel back camera for still and video photography.

The tablet uses the android 3.2 honeycomb operating system. Trade circles, however, claim that this will soon be upgraded to the new android 4.0 operating system. The android operating system is continually being upgraded but lacks the completeness of Apple’s iOS system, which is the major, plus point of the iPad. The Sony tablets use the Nvidia Tegra 2 processor with 1 GHz clock speed. It has a built in 1 GB memory expandable to 16 or 32 GB through memory cards. The expanded memory is however only partially usable as about half of it is lost in file configuration.

Sony has capitalized on its entertainment electronics repertoire to build in two interesting features. One is the ability to use the tablets as a universal remote that can control TV sets, the home theater system, blu-ray players, and DVD players of all makes. The Sony tablet is also designed for use as a Play Station terminal which should make it hugely popular with gaming enthusiasts, as Sony is the leader in this segment. A thoughtful minor feature is that the Sony tablet can be propped on a stand on the tabletop to display a clock face or to be used as an electronic picture frame.

Sony has built-in its own music player into the tablets, which is superior to the android music player. The tablets also have access to Sony’s cloud based Music Unlimited and Video Unlimited stores and in the future could have greater access to the Play Station gaming modules to make the Sony tablets approach the Apple iPad level of integration of hardware, software and services which is the benchmark to which other tablets have to measure up.

About the author: Alia Haley is a blogger by profession. She loves writing on technology, luxury and fashion. Beside this she is fond of gadgets. Recently an article on free Android apps caught her attention. These days she is busy in writing an article on Green building.