When you a buy a new smartphone contract, the first thing you usually do with your new device is have a look at the top features available, download and personalise them. What makes smartphones particularly popular is that it is easy for users to make their device suit their own needs, whether it is their email, diary or location settings. The Nokia Lumia 800, the first device produced after the partnership between the Finnish mobile phone maker and Microsoft, is much the same. Here is a guide to the features you should load up first when you buy the device. 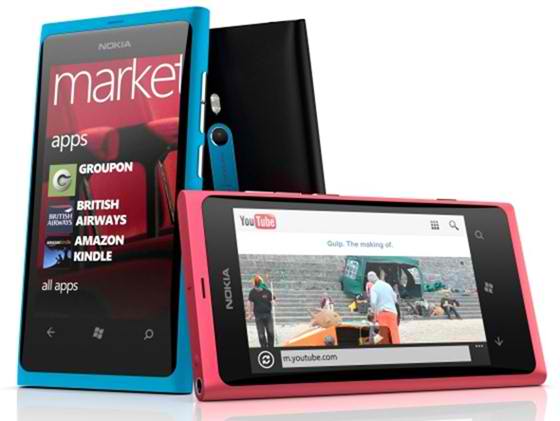 The Lumia 800 is the first Windows Phone from Nokia, powered by WP 7.5. With a new interface, different from the N8 and N9 the operating system, Mango, is intuitive and easy to use. With a 1.4 GHz processor and 16MB of memory the device is fast and ideal for multi-tasking.

Microsoft’s Find My Phone, similar to the new location service offered by Apple’s iCloud, is probably the first thing to load up on the Lumia 800. Free to sign up it uses GPS to find the device if it is lost. Users will be able to ring the phone, lock it and erase any data remotely.

Smartphones have made it easier to work on the move. The Lumia is no different thanks to the WP 7.5 feature of integrating and viewing multiple accounts, be it social networking like Facebook and Twitter or email including Nokia Mail, Google and Yahoo. Mango displays each account on a different ‘live tile’ on the front screen, making it much easier to access.

Contacts are joined across apps like Outlook and Facebook. Contacts can be organised into groups, so whether you want to have a group of family, friends or work colleagues a new live tile is set up. Missed calls or messages for each group are flagged up on the tiles. Like Google +, Windows Live or BBM, messages can be sent to the entire group.

The Windows button on the Nokia Lumia launches a series of services, one being voice commands. Voice recognition software is increasing in popularity after the launch of Siri with the iPhone 4S. Although not as well integrated onto the Lumia, the voice commands allow users to use Bing or send a text message.

Battery power is one of the most frequent complaints over smartphones. Using email or browsing the web as well as using location devices can drain the battery much more quickly. Nokia suggests setting the brightness to a lower level and switching off location services if there is no signal or they are not in use. The Lumia 800 also has a battery saver which automatically shuts down apps that drain battery life. Ideal for squeezing out a bit more battery life if it runs low while on the move.

The first Nokia device featuring Windows Phone there will be real interest surrounding Nokia Lumia 800 contracts this Christmas. The ability to integrate apps as well as making it easier to link contacts across different platforms like social networks and email accounts may well prove to have real appeal. The battery saving option, particularly when Apple has faced a volley of criticism over the battery life of the iPhone 4S could make it an attractive option for smartphone users who do not want to charge phones constantly. The new features make it an attractive device and are one of the main reasons Nokia are hoping the device makes a real splash in the smartphone market.