Do you remember way back in the day, when a TV, a cellphone, and a computer were three distinct devices, and with three distinct purposes? If you wanted to check your email, you headed to the computer. If you were excited about a favorite show, you almost certainly sat down in front of the TV in order to watch it. And if you needed to make a call, the cellphone was an obvious go-to. 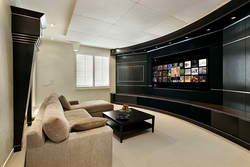 In recent years – and especially in light of new services launched in recent months – such distinctions are rapidly coming to an end. These days, Home Networking means more than just connecting all your computers to the same router or wireless connection. Instead, with the recent news that over 42 million homes in the United States and Europe are now using IPTV, we are entering a new era where there is no stark distinction between television, internet, tech products, and the social media platform that permeate all three.

In the past few weeks, however, a couple new services have gone beyond IPTV’s level of integration to provide users with a more boundary-free technology experience. Let’s take a look:

This service allows users to have a toe dipped into both the social media and televisions worlds at all times. When a user turns on their smartphone or tablet computer, and when that device is connected to the home network, the user will immediately have access to feeds from social networks and information about that day’s TV lineup. In this manner, AT&T wants the television experience to be an interactive one for consumers. They can easily watch shows from multiple devices, they can search the internet while watching, and they can even discuss the show in real time with others in cyberspace.

RedEye is one of several products that allow users to turn Apple devices into universal remote controls. The product also synchronizes information across smartphones, tablets, televisions, and computers, giving users the ability to start watching a movie on their television, take a break, and then pick up right where they left off on their smartphone or tablet. RedEye even offers features that connect iTunes to your entertainment system, allowing music to stream from the former to the latter.

These services and programs are just a couple of the many out there that are blurring the lines between home technology devices. The effect this has on new product innovation remains to be seen, but for now, if you can’t keep all your technology straight or simply desire to be as lazy as possible while at home, there’s probably something that can help you accomplish that.