Finally after a long wait for Nokia’s ultimate flagship phone, N9 have gone out officially running the last breath of Meego. And what makes this Nokia flagship really interesting is that it represents the company’s last high-end device as an independent player. The N9 as we look could be the gravestone for Meego, as future flagship from Nokia will utilize Windows Phone and Microsoft’s related services. We featured some of the top rated reviews after the break. And from here, hope we can share you the answers to how Meego and single-cored N9 everstand when fared to highly overflowing dual-cored Windows Phone, Android and iOS devices. 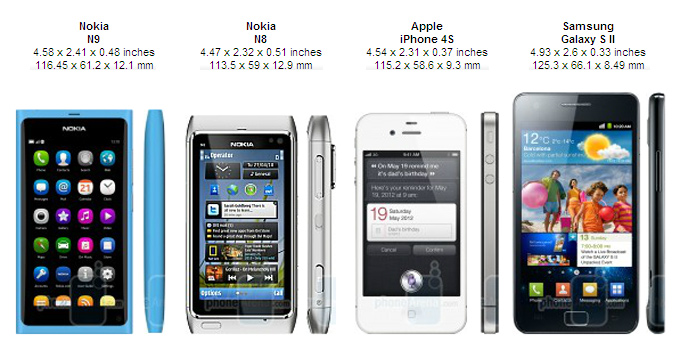 Engadget reviews interestingly cited that the Nokia N9 “puts any lingering doubts about Nokia’s engineering chops to rest.” As, “N9 delivers a double punch with gorgeous hardware and brilliant software. It’s arguably the first competitive flagship phone to come out of Espoo since the launch of the original iPhone — a stunning feat when you consider how far behind the company was even just a year ago.” Check out here the full review of Nokia N9.

Slashgear also told same story, which highlights; “Nokia has delivered a double-punch of compelling software and beautiful hardware: a device that earned curious, envious glances while we played with it in public, and a platform that was both instantly usable and consistently slick.” And they’re very certain too, of what might have N9 and Meego “could have been” in the mobile market.

To end PhoneArena, even highlight some questions quickly answers on their review, “Is MeeGo a viable OS? Is the Nokia N9 design up to scratch? Is the new camera good enough? The resounding answer is yes, bittersweet though it may be.” Accordingly, they’ve ended up rather ” before we can celebrate, we must commemorate.”

It could be Nokia turns to surprise us with N9 and Meego, and a categorical yes to reclaim its crown, but we can’t blame Nokia for the direction the company has chosen, looking optimistic, –carrying the design of N9 running Windows Phone, they could have a chance –a future.