It Ain’t Going to Do Much on It’s Own: Cisco Systems CTO Kevin Bloch on the Importance of Integrating Technology and Technologists into Business

In this edition of the continuing Robert Half CIO Masters Series, Cisco Systems Chief Technology Officer Kevin Bloch explains why technology and business must work closer together than ever before. 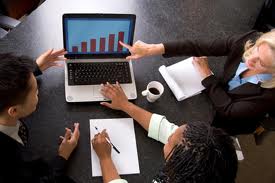 “The technology on its own ain’t going to do much,” says Cisco Systems Chief Technology Officer Kevin Bloch on the importance of IT professionals being able to understand and relate to all parts of the business continuity and value chain. “It’s the combination of the technology to enable that particular business function. And to be able to communicate, that is a big deal, too.”

Putting a human face on technology’s role in the enterprise is a key lesson for young professionals in search of technology jobs or who aspire to broader technology careers.

Currently their Chief Technical Officer, Kevin Bloch has been with Cisco Systems since 1999. One of the most important technology companies in the world today, Cisco Systems provides a significant proportion of the world’s networking and internet infrastructure. Previously, he held positions with other telecommunications equipment manufacturers as well as Telstra.

Bloch holds a B.Sc (Computer Science) and a B.E. (Engineering Hons) from the University of New South Wales and is the author of several publications and technical reference books.

“I think that one of the issues we have in the IT industry,” Bloch avows, “is that we’re very poor at communicating how our technology can actually leverage a business or business function in a language that the business function understands, rather than what the IT department understands.”

Part of the way to achieve this, Bloch feels, is through academic initiatives. “We need to continue development of our engineers and technologists,” he believes. “But we need to also overlay their IQ in terms of our technology with the emotional quotient, the ability to understand how people are perceiving them.”

“And then there’s also the other overlay, and that’s the ability to link technology to business. And there’s room for improvement in that area as well.”

Bloch predicts that in the very near future, a majority of people currently in IT departments will be absorbed into the business itself. “And that means the business will have to recognise the importance of technology enablement for the business, so much so they’ll want a piece of the IT department inside themselves. That’s going to mean a change for the business unit itself, in terms of the adoption of that technology.”

Where will it all lead? “We’re being informed now by what’s coming from the bottom up, the university kids,” he says, with obvious enthusiasm. “It’s the students and so on who are using iPads and iPhones and behaving in a way that is transforming not only their lives but when they’re coming to work and how they interact.”

“So, corporates as well as people who are developing technology recognise the importance of these millennials, the influence that they’re having. You know, we look at them and sort of quizzically say ‘how do they concentrate when they’re listening to so many things, blogs and wikis and so on?’ And yet, they do. And they do it very well.”