When Apple held a press conference on October 4th, many people were speculating the company would announce the iPhone 5, the highly anticipated successor to the popular smartphone line. Instead, attendees were treated to the iPhone 4S, an upgraded rather than entirely new model. However, overshadowing that news was the death of Steve Jobs, the founder and longtime figurehead of Apple. 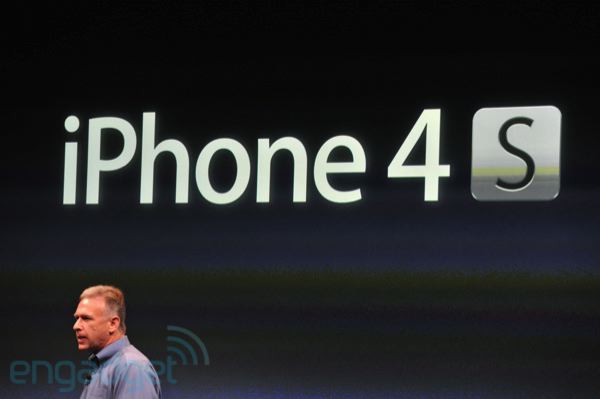 Ceasefire in the Smartphone Wars

An iPhone 5 will mean millions of current iPhone 4 users would upgrade to the new model. The iPhone 4S ensures many of them won’t even though it sports a faster processor and state-of-the-art voice recognition software. While the upgrade will appeal to iPhone 3GS and older users, it just doesn’t offer enough of an improvement over the iPhone 4 to justify the $200+ price tag.

With the various Android app stores maturing and building their libraries, iPhone alternatives like the Motorola Droid Bionic are more enticing than ever before. One doesn’t need an online doctorate to see how the iPhone has completely dominated the smartphone market. Early iPhone models cemented the device’s status as the smartphone to have, ensuring a loyal customer base numbering in the millions. For many years, other phones couldn’t touch the iPhone’s extensive list of features or performance.

With viable alternatives finally hitting the market and generating very favorable reviews from tech sites, consumers finally have a choice between two equals. With many iPhone users looking at the iPhone 4S and thinking they’d rather save their money, it’s not inconceivable more than a few will take a serious look at the Droid Bionic and other offerings.

How Much is an Upgrade Worth?

Doubtless there will be consumers who’ll purchase the 64 GB iPhone 4S for $400. However, the vast majority will take one glance at that price and scoff. Once they consider how they’ll be tied into a two-year contract, $400 for a phone is a difficult pill to swallow. Most other smartphones can be bought for $100 to $200.

What other upgrades does the iPhone 4S offer? Besides a slightly faster processor, a better camera, voice recognition, and reportedly faster data speeds, there’s just not much of a difference from the iPhone 4. Most people will either wait for the upcoming iPhone 5, or they’ll look at other smartphones.

Take the aforementioned Droid Bionic. At $299, it comfortably falls into the middle range of iPhone 4S prices. It too has a 8 MP camera and dual-core 1 GHz processor, but it has a more powerful battery, larger screen, and micro SD slot. Neither the iPhone 4S or Droid Bionic definitively win a head to head comparison, but that’s the point: other smartphones match the iPhone 4S in features and performance.

The Death of a Tech Legend

The tech world continues to reel from Steve Jobs’ death, Apple most of all. As the face of Apple, he sold the company’s products to millions of eager fans, literally changing how the entire world interacts with technology. As a visionary, Steve Jobs cannot be replaced.

In fact, it’s impossible to see how Apple will maintain its rampant popularity without Steve Jobs. While Apple products tend to be very good, Steve Jobs’ marketing helped sell them. The new CEO, Tim Cook, delivered a less than perfect address, failing to convey the same enthusiasm as Jobs.

Other smartphone manufacturers have an opportunity to fill the gap left by Jobs. They can’t hope to match his marketing ability, but they don’t have to. They’re competing directly against Apple, and if they have to compete against the likes of Tim Cook, they stand a much better chance of convincing potential customers to buy their phones. With competitively priced phones and a much smaller enthusiasm gap, the smartphone industry is set for some serious changes in the years ahead.