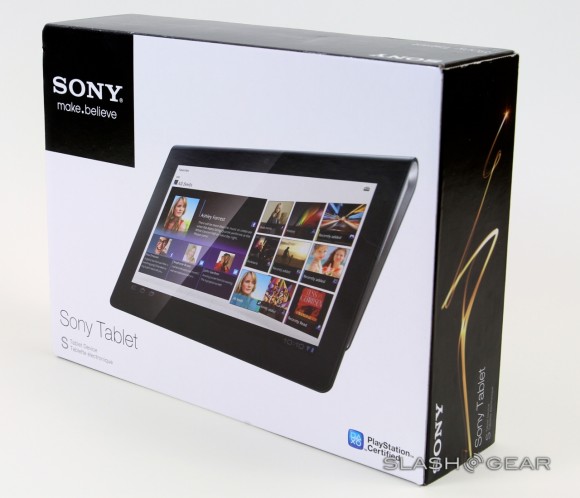 Being a late-bloomer in the tablet market, Sony will their entry in the frenzy, simply named as the Tablet S, up on pre-order at Sony’s official site and at Amazon.com

. Prices start at $499.99 for the 16GB model while the 32GB one is at $599.99. The two sites will start shipping the tablet at September 16 though it will also be available at Best Buy and for the Canadians, at Future Shop, with the same price tags and will ship by September 23.

As you may have heard, Sony is releasing two Android tablets, previously codenamed as S1 and S2. The Tablet S has a 9.4-inch display is designed to mimic the feel of holding a folded magazine and while it is sleek, the design gives a definite bulk at one end. And being made by Sony, the tablet is easily integrated to their home entertainment products with its IR blaster which basically makes the tablet a universal remote. Powered by an NVIDIA Tegra 2 dual-core processor at 1 GB RAM, the tablet is also PlayStation Certified for more playability.

As for the Tablet P, which features a very unique clam-type like form, it will be only be available with 6GB internal memory and is expandable to 32GB. No release dates have been announced for the Tablet P as of yet.