Skip to content
TechGeeze > Apple > iPhone > Has Apple lost another iPhone prototype in a bar? 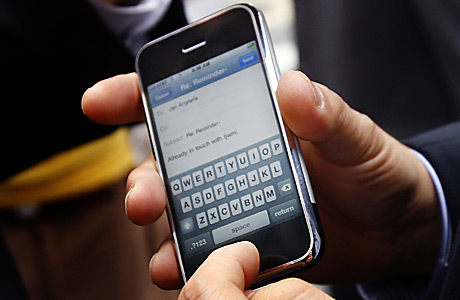 A report surfaced at CNET saying that just like with the iPhone 4 last year, another iPhone prototype was supposedly lost in a bar last July. Apparently, an employee lost the prototype at the Cava22 bar in the San Francisco area and upon notice, Apple immediately contacted the San Francisco police to retrieve the device.

After which, Apple has traced the device to a house at the San Francisco Bernal Heights neighborhood. The house was searched where a man in his twenties was living, but no phones were found. Though the guy was at the aforementioned bar during the incident, he denies of any knowledge of the lost prototype. The police also searched to no avail and found nothing. With this, Apple tried to persuade the man by paying a sum for the phone, however, he still denies of any knowledge.

CNET continues saying that the devices was supposedly posted in CraigsList for $200. This is a pretty familiar scenario if we remember the debacle of the $5,000 iPhone 4 prototype that Gizmodo got last year. It is not clear as to whether this is supposedly for the iPhone 5 that’s scheduled for release sometime in October.

The moral of this story? Never go to a bar with an iPhone prototype.