The release of the iPad 2 seems like it was a long time ago, so it’s time to start focusing on the next big release in this Apple-centric universe. Reports continue to pile up supporting a September release of the iPhone 5 – the timing of this makes sense as Apple like to roll out a new version each year. This is likely to be an update to the product, rather than a complete redo (as we saw in the iPhone 4) yet it is likely to still bring some changes. 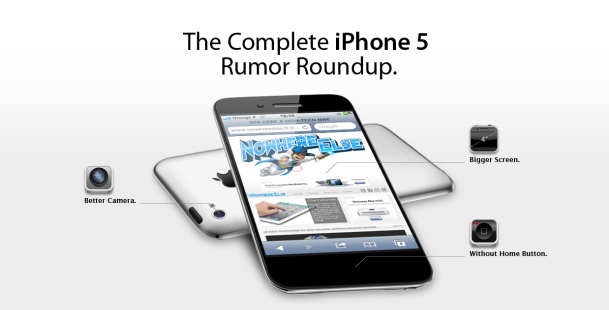 Near field communications – whereby the iPhone would turn into an electronic swipe payment card – might be the next big thing in smartphones. This would be a big coup for Apple and would probably prompt a lot of retailers to support this service – the company has made some background moves in this direction in the past year, so it wouldn’t be a huge surprise to see this addition.

4G networks are being rolled out at varying rates (quickly in the US, more slowly in the UK) – Apple might try to stay ahead of the game on this by supporting LTE Advanced. This would have big ramifications for users, app designers and companies that offer conference calls and other mobile-bound communication software as they will have a lot more bandwidth to play with.

There has been persistent speculation that Apple will release a toned down version of their product to compete with models at a lower price point. It’s unclear whether this is all just speculation, but there would certainly be an appeal and the company has done something similar before with the iPod Nano and iPod Shuffle.

It’s also likely that any new device will see an upgrade in processor and camera – rumours call for an eight megapixel camera (up from 5 MP). These are two areas that we can expect to see incremental improvements in every new iPhone model.

There is a lot of smoke surrounding the iPhone these days and it would indeed be surprising if fall passed without some type of new release. It is likely to be the new 5 model, yet don’t rule out an incremental step (perhaps dubbed the 4GS). One thing is for sure: with the smartphone market expected to grow significantly this year, Apple will work to ensure that the iPhone stays at the head of the curve in order to fend off the persistent growth of HTC.