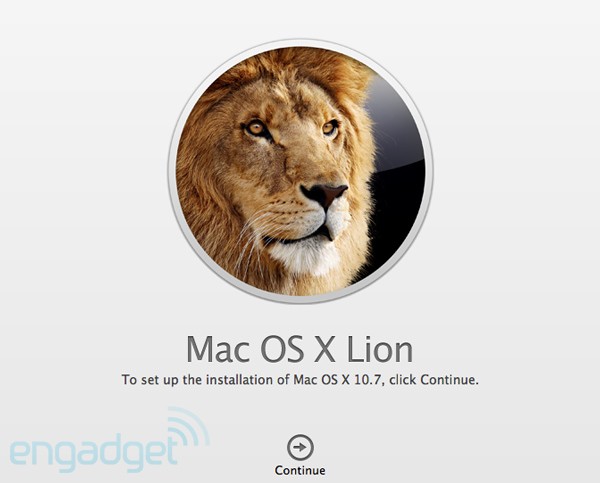 Nope, that’s not Apple’s impression of the MGM logo if that’s what you’re thinking. Though if Apple is that confident to name the latest version of OS-X after the king of the jungle, then it must pack some punch. Still under the “post-PC world” theme that Apple has been working on recently, Lion has been declared as “the world’s most advanced desktop operating system.” With over 250 new features this really means something. Learn more by reading the general impression of this upgrade below 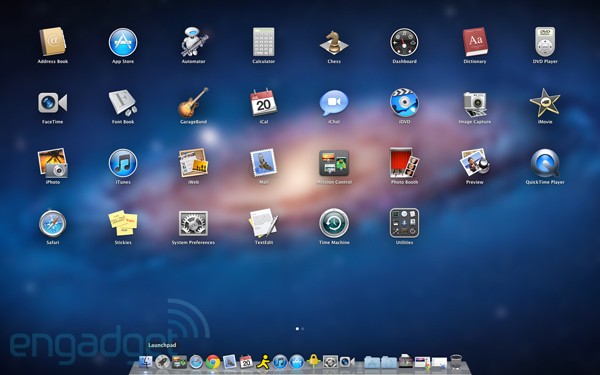 With the success of iOS all over the place, it wont be that of a longshot before elements from that OS made it to Apple’s desktop version. From the installation alone, one can just open the App Store and install from there, just like what you’ll do in an iPad. Never will one be scared of the installation process unlike those with PCs, only taking 25 mins tops. 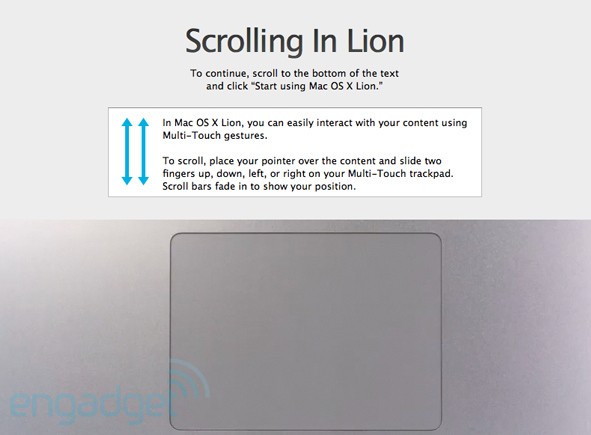 One of the first new features to be presented upon installation is the inverted and multitouch scrolling. Now this will definitely sound confusing. Unlike the traditional way of scrolling (i.e. scrollbar at the right, scroll up to go up and vice versa), we’re presented to the scrolling seen in touchscreen devices. This means that want to go down, scroll up and scrolling down brings the content up. To do this, use two fingers in scrolling in the direction stated above. Again, this is considerably an influence from the iOS as when you try to read an ebook from an iPad or iPhone, scrolling the page down is flicking your fingers up the screen. Thus, Apple is calling this the “natural” scroll direction. Though you can always turn it off if you really can’t get into the “natural” way of things. 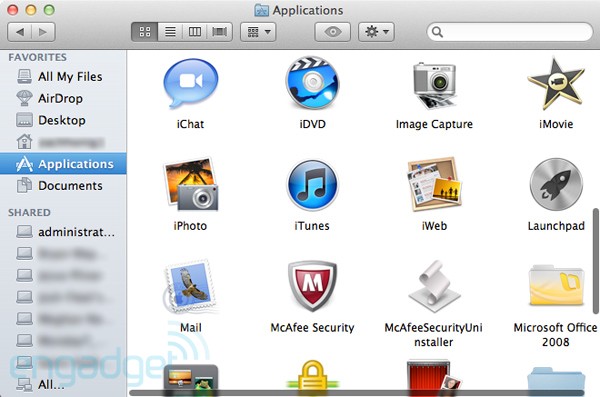 Not much change has happened when talking about the appearance itself. But the overall theme is here is maximizing the available space that’s a luxury of desktop systems, unlike the mobile counterparts. For example, scroll bars at the right are now dark gray lines that disappear when not in use. Then if you want to work on full screen, just place your pointer at the top left of the window and click on the diagonal to expand it. This also causes the toolbar to disappear while pointing the cursor to the top causes it to reappear again. 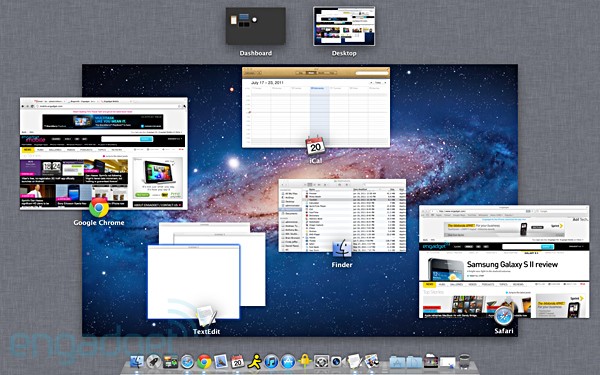 What sounds like as two concepts that Apple have stolen from NASA are two of the new features that would make organizing your windows easier… and looking better. Take the image above — this is what Mission Control does. Using three fingers, swipe them in an upward direction and what would happen is the exact screenshot above. You’re like taken into an overall view of your desktop with the different windows all grouped according to application with an icon below. Sure looks nice.

Launchpad on the other hand, is clearly a derivative of the iOS as activating it turns your desktop into that of a mobile device as pages of rows of application icons appear and scrolling them is through swiping two fingers. You can put applications in the Launchpad by simply dragging the icon to it and automatically as they’re downloaded from the App Store. That jiggly-icon thing from iOS is also present in the Launchpad when you hold onto an icon. And by the way, the App Store is also integrated to Lion in case you’re asking.

Apple was also kind enough to give QuickTime some updates and added functionality. Users can now have some editing capabilities through the former just-mediaplayer. You can export the audio from a clip, rotate it, as well as append another video by simply dragging it to the active clip, creating a sort of a timeline. You can also record a section of the screen with the program. While this is nice, this isn’t made to replace iMovie which has a lot more capabilities than the updated QuickTime. 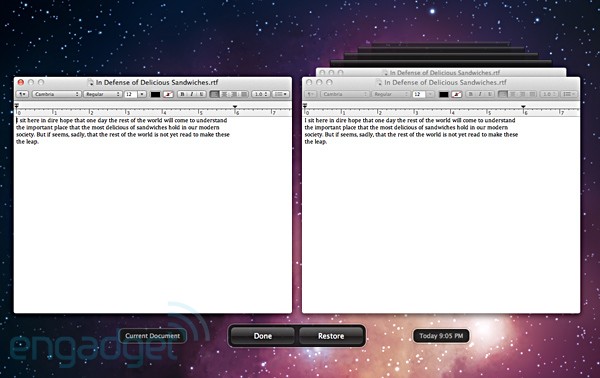 So we’ve known the concept for a while now. For browsing, it stores your browser session and resume it when you return, even after a system restart. For the other apps, this is where apple went the extra mile as Resume is available with other applications, including open-source ones. So while Microsoft Word for Mac has a restore-like feature, Resume makes it better. Resume also resumes the windows you’ve worked on during a previous session, upon shut down, it will ask whether to keep the same windows open at the next reboot.

For this time, let’s talk about performance, all of these won’t matter if your system can’t handle them. For starters, given that Lion is available for the MacBook Air and the Mac Mini, it probably says that you don’t have to have a beast to run Lion. While this is the case, there’s not much of a performance difference noticeable upon upgrading to Lion.

For a more detailed look on Apple’s OS-X Lion, head onto the review from the great guys at Engadget. And while we’re at it, let’s read what the others have to say to this new roaring update of Apple’s desktop OS:

The Lion upgrade, in other words, is classic Apple: innovative to some, gimmicky to others, big leaps forward, a few stumbles back. It may never be the king of the jungle. But once the world’s software companies have fully Lionized their wares, and once Apple exterminates the bugs, Mac OS X 10.7 might be something even more exotic: a fast, powerful, good-looking, virus-free, thoroughly modern operating system.

There are, however, downsides to anything this new and major. In my view, the biggest of these is that switching to Lion will require a major adjustment even for veteran Mac users, though it will be easier for those who use iPhones or iPads. Lion will significantly increase the learning curve for Windows users switching to the Mac…

Lion is very different. It’s a big leap, and gives the Mac a much more modern look and feel for a world of tablets and smartphones. If you are willing to adjust, it’s the best computer operating system out there.

Most of the highest-profile changes share a unifying principle: They make a Mac feel a little less like a cranky, complicated personal computer, and a little more like a 21st-century appliance…

Lion feels, to revive an old OS X tagline, like a new Mac for your Mac. At $129, it would have been a meaty good value. At $29.99, it’s a steal — the no-brainer upgrade that defines the notion of a no-brainer upgrade.

Read more views for the Lion over Mac Rumors.