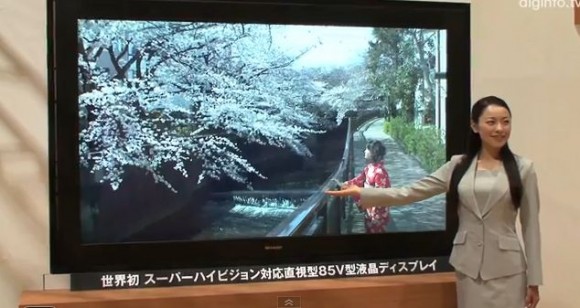 is reportedly featuring ultra-clear display that “you would be able to see if a person’s eyes are dilated without needing a close-up of their face to do it.”

If you’re wondering why Sharp and NHK collaborates to unveil the Super Hi-Vision HDTV, “NHK has been working on broadcasting video in the new HD format since 1995. That’s right: before most households even had HDTVs in them, NHK has been working on ways to broadcast super-high definition video. Until now, no television manufacturer had the technology to feasibly display the broadcast.”

Unfortunately, if you’re dreaming on having this 85-inch Hi-Vision HDTV on your home, you would need to wait for a long time since this is only a prototype. More of a concept rather, selling the future of high-definition broadcasting and it seems NHK is deemed to pioneer the new broadcasting technology by experimenting high-resolution video streams via satellite in 2020. 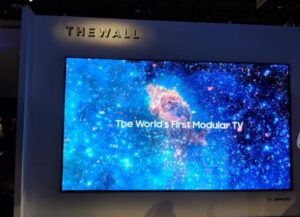 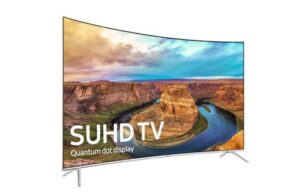