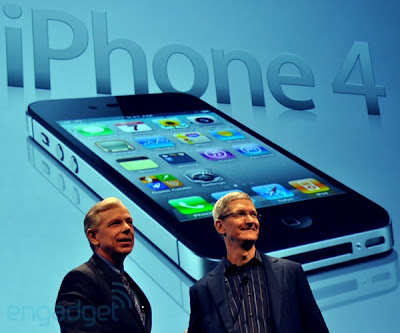 The Verizon iPhone is already here, no surprises there. But just in case you wanted to know how it got to Big Red in the first place, then you’re in the right place. So let’s take a trip to the cliched memory lane to see what happened to those faithfuls gunning for that golden deal with Apple.
For starters, there is that failed “relationship” that existed between Apple and AT&T. What happened was on the onset of the iPhone 4 release, tensions have been mounting between the two camps. For AT&T, they didn’t like it when their request to cutback on the allowed bandwidth for YouTube (or make it WiFi only) went nowhere. Apple also seemed to refuse in allowing the usage of their device four counter-marketing against Verizon.
Then there’s the alleged discussion of dropping the partnership with AT&T in favor of Verizon. Apparently, again on AT&T’s part, if they’re to use Qualcomm’s CDMA chips — a complete redesign of the device is imminent, as well as a lawsuit with AT&T to cover theri exclusive contract. Although the situation isn’t as green on the Verizon front, switching to the Big Red has been considered and discussed at least half-dozen times.
After much hurdles, the deal finally came some time last year with the negotiations involving Verizon President Lowell McAdam and Apple COO Tim Cook with inputs from CEOs Ivan Seidenberg and Steve Jobs. After which followed the technical end of the deal which took around six to nine months. Inside knowledge were mutually shared between the two parties with Verizon’s Executive Director of Technology David McCarley working in Cupertino for more than a year’s time. With this, there were little touches that included the absence of the Verizon logo on the phone itself.