This year’s CES is a little more special than the previous ones with the onset of 4G. As such, the various mobile phone manufacturers, as well as the carriers waste no time in taking advantage of this potential boom and have made huge announcements in response. What strategies will they do in getting ready for the sudden wave of users trying to get hold of this tech? We’ll be trying to get as much as we can and present you with everything you need to know in the 4G wave.

AT&T… getting faster with 4G 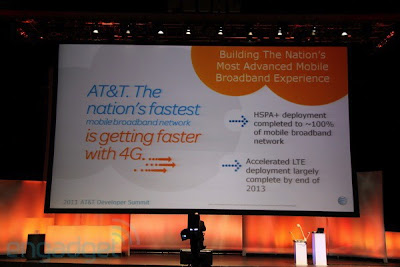 AT&T kicked things off with the same was as they did the previous year. They’ve held a summit that mainly focuses on headlining their plans for the upcoming year, mainly rebranding of its HSPA+ network to 4G — seeming that they’ve followed suit to the pressure brought about by other carriers doing the same prior. AT&T has both their HSPA+ as well as their LTE units rebranded to 4G and they’re planning to release around 20 in 2011.
Dell “Streaking” to 4G 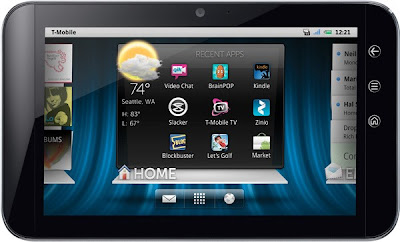 Dell has provided T-Mobile their first 4G tablet thanks to it’s HSPA+ compatibility. The 7-inch Streak 7 has Android Froyo running — coupled with Dell’s own Stage skin. Despite not having the tablet-friendly Honeycomb, Dell sure is banking on this and that would eventually reflect on its price once released.
HTC shooting “Thunderbolts” 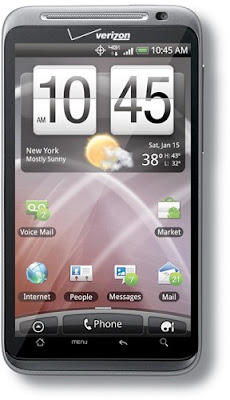 Dedicating their releases solely for the US market, HTC announced the Thunderbolt, which is basically an EVO 4G reworked to include an improved display, a kickstand, a loudspeaker and a 700 MHz LTE to replace the current WiMAX support.
They’ve also announced the EVO Shift 4G — labelled as the EVO 4G’s “little brother” — finally coming to Sprint. It has a smaller than it’s larger name sake, as well as a sliding QWERTY keyboard. They’ve also reduced production costs by removing the front-facing camera — so no video calls there. Then there’s the Freestyle, targeting even a much lower market bracket than the EVO Shift. It has a 3.2 megapixel camera with 3.2-inch touchscreen.
LG and its “NOVA Display” 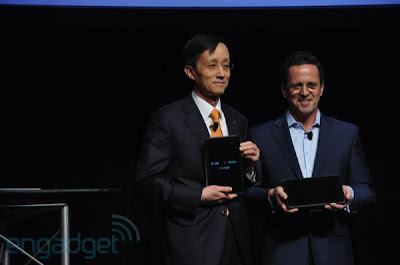 Taking a different route from HTC where they just focused on US releases, LG was one of the few manufacturers that bothered to show a European product – the Optimus Black. Though not specifically a 4G device, the 9.2mm tablet could possibly be inserted to the 4G line thanks to its use of the “NOVA Display”. LG describes it a as a new type of ultra-bright power-efficient LCD bringing 700 nits of luminance that is on-par or even better than those offered by Super AMOLED displays.
Actual 4G gear comes in the form of the Revolution, fitting for Verizon’s LTE network — containing a 4.3-inch SLCD and a rear camera of 8-megapixels resolution.
Finally, LG gave a teaser of a new tablet for T-Mobile, aptly named “G-Slate“. This is supposedly running with Android Honeycomb although other than that, not much information is known.
Motorola, pretty much stealing the show 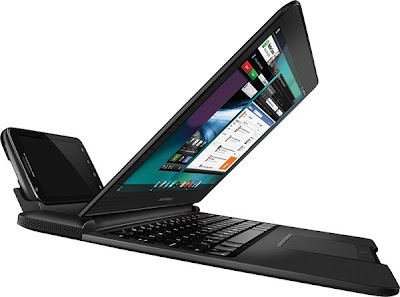 Yup, Motorola definitely had the audience’ attention with its slew of 4G-branded devices. Starting off with the Atrix for AT&T, it has a 1 GHz dual core Tegra 2 processor with 1 GB DDR2 RAM, connectivity through HSPA+, a 4-inch display boasting 960×540 screen resolution with a biometric scanner. What’s more is that you can easily dock it with compatible laptop and desktops to turn them into Linux machines containing an Android environment for your apps. 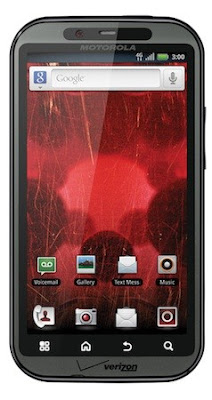 Then there’s the Droid Bionic being offered at Verizon. Although not being able to dock like the Atrix, it’s still an amazing gadget to have. It has a 960×540 display and the same processor as with the former. Being offered at the Big Red, it has LTE compatibility for its 4G network. 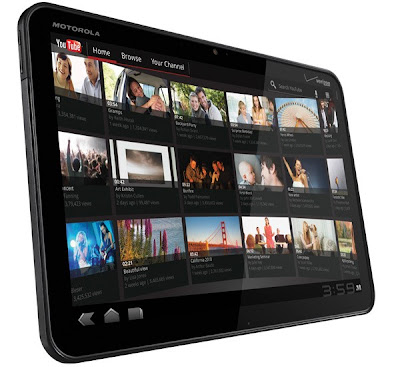 Moto has got all covered when they announced their Honeycomb-based tablet, the Xoom, also for Verizon. Containing a 10.1-inch display, it has two 1 GHz cores provided by NVIDIA… that’s power. Although it isn’t 4G compatible like the rest, you can easily upgrade it to LTE during Q2 of 2011.
RIM and the Playbook… we had it all coming 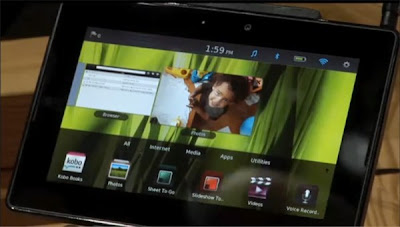 Sprint has made a partnership with RIM to bring in a 4G-compatible version of the PlayBook, dubbed the “4G PlayBook” (that’s a no-brainer, seriously). This is basically RIM’s first cellular tablet to be announced by a carrier although it isn’t backward compatible with CDMA. You can compensate by hooking it up to your BlackBerry phone or locate a WiFi/WiMAX connection. Sprints plans to have this available in the summer.
Samsung, pushing some boundaries 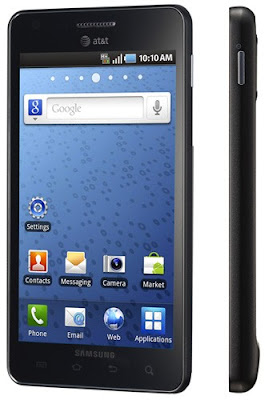 Pushing in size, Samsung announced a 4.5-inch Infuse 4G using it’s upgraded Super AMOLED  Plus display that allows better readability than its predecessor. Although less powerful than the dual-core offerings of Motorola, the device utilizes a 1.2 GHz Hummingbird processor with an 8 and 1.3-megapixel rear and front-view cameras respectively — all coming to AT&T. 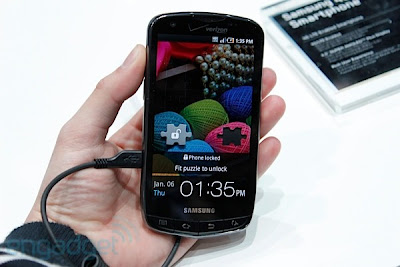 Big Red also had some coming to them with a still unnamed LTE phone, dubbed as the SCH-i520. A 4.3-inch Super AMOLED Plus device, it has an 8 megapixel rear and 1.3 at the front. Other than that, not much is known for this unit (not even the name).
No Honeycomb-compatible tablets were shown by Samsung but they did have the Galaxy Tab for Verizon upped to LTE support. Add to that a 1.2 GHz processor and a 2 megapixel upgrade with its new 5-megapixel rear camera. Prices still unknown at this time.
Sprint… simply active 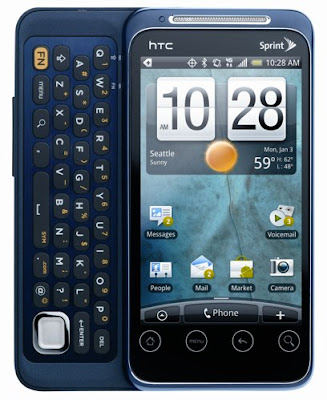 Although they haven’t made huge announcements like the others, they have some stuff coming in the form of the HTC EVO Shift 4G, the 4G PlayBook (both tacked early on) and a 3G/4G MiFi from Novatel.
T-Mobile, insisting that it’s 4G! 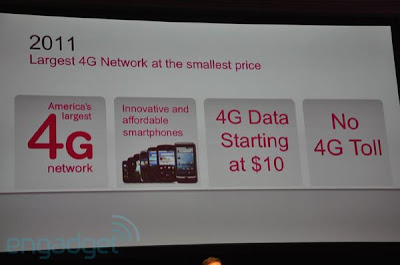 Aside from the slew of handsets they’ve announced to be carrying, T-Mobile spent the event making sure that everyone gets the clear idea that it has greatly improved its HSPA+ network, claiming that its 4G. Having 200 million subscribers as of count, they’ll be introducing a new 42Mbps connectivity pipe across majority of their HSPA+ network. This allows them to upscale it to 600Mbps in the long run — totally not relying on LTE to meet high data rates.
Big Red and its announcements

Verizon had its presence known with the multitude of handset announcements coming to them. This, however, will most likely lead up to the eventual reveal of their iPhone.All in all, 2011 is a good year to get into Big Red with their great selection.

Verizon, T-Mobile and AT&T strikes with their best 4G mobile phones and advancement in their network, does it negates each other? Simple enough, we got an intuitive thought of it boils down to your personal preference or how interesting the bundle each carrier will offer in terms of their mobile broadband and mobile phone plans.