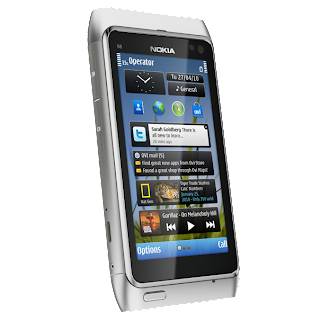 When people decide to purchase a phone nowadays, the pure ability to call people is very low down the list of priorities. There are many things ahead of this, especially when it comes to smartphones with things like applications, High Definition video and mp3 attracting people to buy certain handsets.
One important feature, that for a number of years now has become a standard of the mobile phone world, is having a camera on the phone. More and more over the last few years, people have been able to take advantage of plenty of choice of digital cameras and if the two gadgets, the phone and the camera, can be combined all the better. There are plenty of phones out there with decent cameras but one phone stands out above all others, even rivalling certain low end digital cameras for quality and this phone is the Nokia N8.
One of the things that has excited fans the most about the camera on the N8 is its megapixel count. A camera’s amount of megapixels can really be important when creating a great camera and whilst most smartphones have around 5 megapixels or even less, the Nokia N8 has a whopping 12 megapixels, effectively blowing most phones out of the water. This is not the only thing about the camera on the N8 that makes it special though.
The shutter on the phone is also impressive, with a shutter lag of just 150ms compared to the average human reaction time of 250ms, you will not be able to notice the shutter yourself, which compares favourably to other phones. This is because the N8 uses a mechanical shutter, just like the majority of digital cameras, so compared to other camera phones it is far faster to take a shot.
The N8 also utilises a Xenon flash which is both faster and brighter than the usual LED flashes utilised by most camera phones which, in effect means that the camera can light objects up to 3.5m away outdoors, or indoors up to 5m away meaning you can play around in the dark a lot better than with most phones.
If you’re looking for the Nokia N8, check out Dial A Phone online and browse their latest deals.