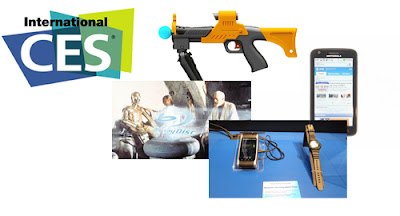 Picking up where we left off, here’s the continuation of what the best of CES 2011 has to offer. This set includes some Bluetooth accessories in the form of a watch, sassy new mobile phones, a toy gun with a blue thing at the tip and Yoda going 1080p. 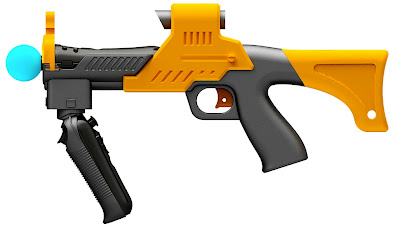 Nyko has announced that they’re releasing two new gun accessories for your PS3 Move. Pictured above is the Power Shot Pro that definitely is a derivative of the assault rifles kind. It’s complete with scope and trigger for increased accuracy and reaction time.  On the other hand, the Perfect Shot Pro takes its form from pistols for your handgun wielding needs.
They have also a variation of the Perfect Shot Pro available for the Wii. The PS3 accessories are still unpriced at the moment while the Wii version is available at April for $20.

LAS VEGAS – January 6, 2011 – Nyko Technologies®, the leading videogame peripherals manufacturer, today debuted its full lineup of new products at the Consumer Electronics Show 2011 in Las Vegas. In addition to the previously announced Raven controllers for PS3 and Charge Stations for Move, the following lineup of brand new videogame accessories will be on display for exclusive hands-on demo:

Power Shot for Move
The Power Shot for PlayStation® Move is an ergonomic tactical rifle attachment. The Move Motion and Navigation controllers easily lock into place for a comfortable grip that provides for accurate trigger response and aiming. The removable and rotating Navigation Controller dock allows the player to hold the Power Shot in various configurations, making it ideal for left and right handed gamers. The tactile trigger replicates the Motion Controller button for smooth firing and the aiming sight increases the player’s accuracy. The Power Shot also features an extendable stock, allowing for utmost stability and precision during intense action games.

The Power Shot will be available at select retail stores nationwide in March 2011.
Perfect Shot for Move
A traditional one handed pistol-like grip for PlayStation® Move, the new Perfect Shot is the ideal shooting attachment for games that only require the Motion controller. Featuring a grooved dock into which the Motion Controller slides into place, the Perfect Shot is designed to be lightweight and ergonomic for comfortable one handed play. Vibration support provides force feedback with each trigger pull. The peripheral’s shape affords unobstructed line of sight for the Motion controller glowing ball, thus allowing accurate and uninterrupted motion tracking.

The Perfect Shot for Move, available in a black and orange color scheme, will be sold at select retail stores nationwide in March 2011.

The Perfect Shot Pro for Wii, available in white, black and orange, and a new digital camo color scheme will be available at stores nationwide in April 2011 and will retail for an MSRP of $19.99.

The Intercooler STS will be available at select retail stores nationwide in February 2011 and will retail for an MSRP of $19.99.

Charge Base S
The new Charge Base S for Xbox 360 is a refresh of another one of Nyko’s most popular products of all time. With a sleek redesign, the Charge Base S is a storage and charging dock for two Xbox 360 wireless controllers. The Charge Base S patented design features two custom NiMH rechargeable batteries that feature special contact points, allowing for an easy drop-in and charge solution. The dual port recharging dock is AC powered and plugs into any standard outlet. Each rechargeable battery powers the wireless controller for up to 25 hours and charges in about 2 hours. A hidden LED indicator on the Charge Base S illuminates when in use and indicates battery charge status.

The Charge Base S will be available at retail stores nationwide in March 2011 and will retail for an MSRP of $24.99.

“Each year we look forward to debuting our new product line at CES and we’re proud to be back again with something new for each console,” said Chris Arbogast, director of marketing at Nyko Technologies. “We’re seeing an extended console lifecycle this generation and so our new product line this year is a combination of brand new products and evolved versions of our most popular accessories from the current console generation.”

Notebook & Smartphone in One
Mototola Atrix 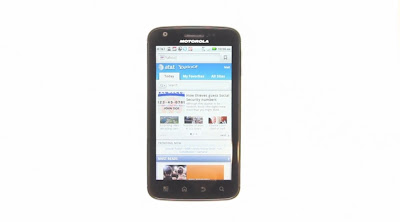 The Atrix is already a powerful phone by itself. Housing a two cores at 1 GHz each and having a 1 GB ram to boot, it makes things run rather smoothly. However, for that extra power, you can always dock it to their laptop. You can do this by either through the HD dock which let’s one use it as a ‘nettop’ or through their custom laptiop.
Once docked, the phone features are still there, in a smaller window while you do the other tasks on the custom laptop itself. For performance, web browsing is a breeze and YouTube playback at 720p didn’t bring any problems at all.
Overall, the Atrix + Laptop combination is a new concept when it comes to your mobile computing needs. With the basic operation based on cloud computing, and running on Android, this is something you’d expect from Google. But as we all see, Motorola did it first.
Timepiece for the Future
Casio’s Bluetooth Watch 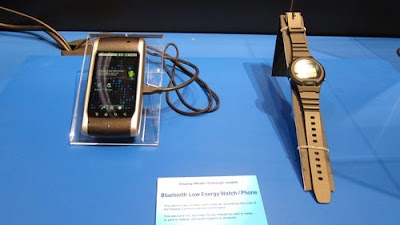 It may just be a prototype, a proof of concept — but that’s one good concept if you’ll ask us. Connecting to an Android phone is as easy as just pressing a button. When receiving calls, the name instantly shows on the watch display and tapping the display twice mutes the ringtone, something very useful in places where phones should be in silent mode. 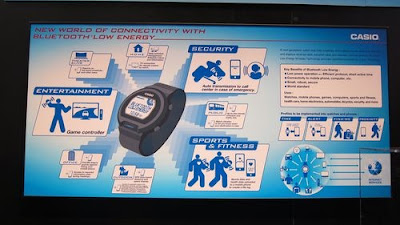 What the watch does is basically notifying the user of the phone activity. Aside from that, it also has this “find me feature” that would alarm you when there’s a 5m approximate distance between the watch and the phone unit. Casio also notes that other future features will include information on transits, concerts and various health-related stuff. Expect some of these to be present in your G-Shock watches by early 2012. 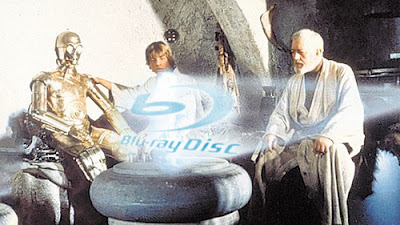 This isn’t exactly gadget coverage but is definitely loved by the geeks out there. The Star Wars

complete saga is now available for your 1080p consumption and pre-orders are ongoing at Amazon.

Included are, aside from the movies themselves, are 30-hours worth of special footage, deleted scenes, alternate endings and more. All in a 9-disc set for $89.99 (previously at $140.00). Get your piece of the force today!

THE FORCE IS STRONG WITH THIS ONE

THE MOST ANTICIPATED BLU-RAY RELEASE IN THE GALAXY

LAS VEGAS (Jan. 6, 2011) – The most anticipated Blu-ray release ever – the Star Wars™ Saga – emerges from light speed this September 2011. For the first time, all six of George Lucas’ epic films (Episodes I-VI) are united in one complete set. Fans worldwide are able to pre-order now with online retailers.

STAR WARS: THE COMPLETE SAGA ON BLU-RAY will feature all six live-action Star Wars feature films utilizing the highest possible picture and audio presentation, along with three additional discs and more than 30 hours of extensive special features including never-before-seen deleted and alternate scenes, an exploration of the exclusive Star Wars archives, and much more.

Star Wars: The Complete Saga on Blu-ray will be available for $139.99 US/$179.99 CAN and the Star Wars: Trilogy Sets for $69.99 US/89.99 CAN. Pricing for each set will vary by international territory.
Flanked by a legion of his finest Imperial Stormtroopers, Darth Vader himself joined Twentieth Century Fox Home Entertainment President Mike Dunn at the Consumer Electronics Show (CES) to announce the release, vowing “The forces of the Empire will be at your disposal to assure the success of this endeavor.”

“The Star Wars Saga is the most anticipated Blu-ray collection since the launch of the high-def format,” Dunn said. “The epic franchise pioneered sound and visual presentation in theaters and is perfectly suited to do it again in the home, with a viewing experience only possible with Blu-ray.”
“With all six episodes available for the first time in one collection, this is a great way for families and home audiences to experience the complete Saga from start to finish,” said Doug Yates, Vice President of Marketing, Online, Distribution, Lucasfilm Ltd. “And with the quality of high-definition, Blu-ray provides the most immersive home experience possible.”
“The Star Wars franchise has been one of the most anticipated Blu-ray releases by Amazon’s customers,” said Bill Carr, Vice President of Music and Video at Amazon. “We think that Star Wars will be incredibly popular with our customers, and we expect pre-orders to be very strong.”