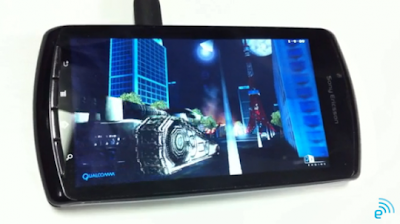 Hey, Sony don’t tell us that Sony Playstation phone was just a dream, cause we know that it’s a real thing, ooh, is that Zeus Z1? Besides there’s plenty of rumors out there circulating wisely that the device could hit on early March 2011. However, we’ve seen the video that someone sent over to Engadet testing Qualcomm’s Neocore, and oh my god, 24.4fps, are you kidding us? We can’t forgive you if you’ll keep us waiting for this century old frame rates, however, we exactly want surprises. So if you’ll be revealing a faster one (production unit) yes, with the final software and hardware later, that would be cool. If you want to see the video, com’on after the cut.

Take a peek at the video courtesy of Engadget: