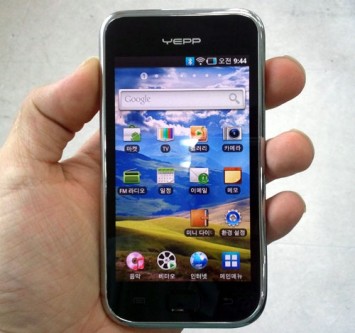 Could this be Samsung’s YEPP portable media player we’ve already told you back in August? There’s a big similarity on the reported specs sporting 4-inch LCD display with front facing camera, 1GHz processor and Wi-Fi connectivity that comes in 8GB, 16GB, and 32GB versions. We can see how Samsung is utilizing the positive consumer’s response for Galaxy S flavored device.

Amongst this, Android Market is also becoming an iTunes replica with reported 200,000 apps already in the basket. In early days, this holding back other devices from winning to iPhone or iPod, the rich media apps you can enjoy on the Apple devices. Ooh, now we can see a very clear canvas for the future of Android dethroning the Apple’s line of multimedia entertainment devices and software.
Samsung remains with zipped-mouth on this claims, however, we can remain awake till CES unzipped this new media player (we said, rebranded player).