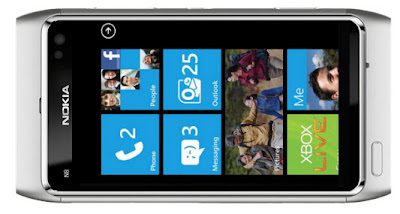 First of all the aforementioned thing above isn’t a joke as ridiculously it may sound to you as Eldar Murtazin claims that Microsoft and Nokia have been holding ongoing talks regarding a Nokia-branded Windows Phone 7 smartphone line. This could be new handset devices branded and features the Finnish phone hardware, boasting the WP7 software, notably enough this would be sold under Nokia distribution. Ooh, well, low, mid or high-end lines of Nokia we really don’t know.
After all, there’s really something I can’t chew in for a while now is this Nokia’s brave talk backing up their software strategy for the new Symbian and Meego OS? Do you think Microsoft is worth-it for Nokia’s high-quality hardware?
So far, until now, I’m not hearing some good feedback for any WP7 phones out there, and Nokia still falling down on the smartphone category, silly enough, I don’t find anything good on this partnership. So just wish that Nokia still stick with Meego or Symbian until they established a well built software for their handheld devices. And for Microsoft’s WP7, if this rumor is true, they should established first WP7 to stand on its own, like Google Android and iOS 4, ooh, am I thinking they might pull down other brand down on the marketplace.