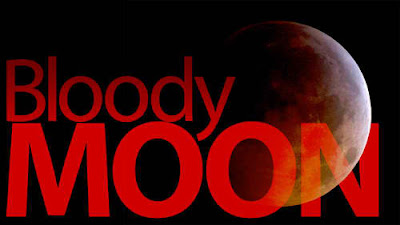 Is it apocalypse? As the bloody moon yesterday unfolds a spectacular rendering of a Winter Solstice lunar eclipse, we believe not yet, but if happen you missed to see it live, thanks to William Castleman who made a magnificent time lapse of the full lunar eclipse. Watch the video after the break, and find out why the moon turns red?
Why did the Moon turn red? In simple explanation, the Sun’s light that we normally see on a normal sunrise and sunset on the Earth’s horizons (red atmosphere) was illuminated on the moons surface via the Earth’s shadow.
“The exact color depends on what’s floating around in Earth’s atmosphere. Following a volcanic eruption, for instance, dust and ash can turn global sunsets vivid red. The moon would glow vivid red, too. Lots of clouds, on the other hand, extinguish sunsets, leading to darker, dimmer eclipses” according to NASA.