Skip to content
TechGeeze > The Apple Peel 520, turn your iPod Touch to an iPhone 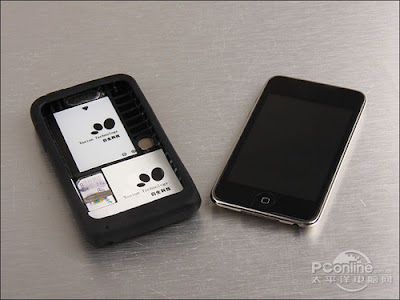 Want to have an iPhone but for some reason you can’t get your hands on one and instead have an iPod Touch? Then you’re in luck, some random company based in Guangzhou, China has made a device that allows you to turn your iPod Touch into something that works like an iPhone. You’ve heard that right, the guys in China did it first. More information after the cut.

What the device basically does is allowing the addition of a SIM card so that you can call with your iPod Touch. In order to do this, the device includes a speaker on top so that you can hear the calls, a SIM card slot, a baseband chip, a dock connector port and a “vibration motor” (possibly for silent mode or a similar functionality). Take note that it doesn’t support 3G. 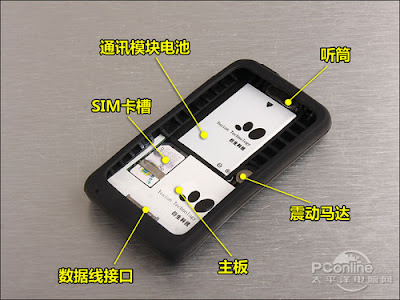 As with unofficial Apple products, you need to jailbreak your iPod Touch to gain access to the full features that the Apple Peel offers. The device will then install 2 applications, “Yosion” and “YsSMS”. 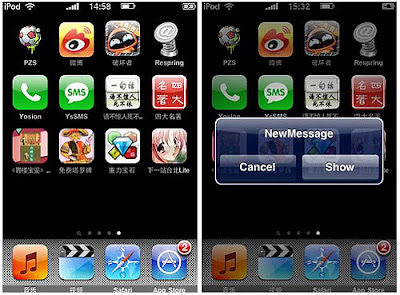 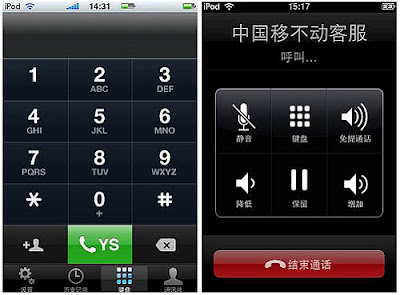 As you can see, the user interface of Yosion has striking similarities with the phone application of the iPhone. 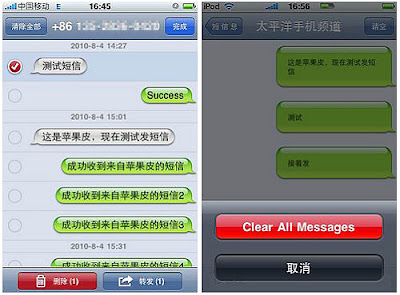 The SMS functionality is also similar to the iPhone. 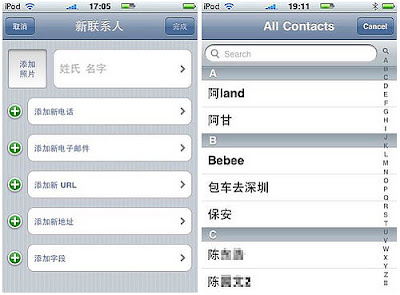 You can then import your contacts from the SIM card to the on-board memory. 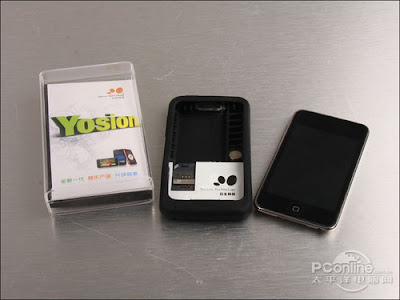 Overall, this is a nifty device to say the least. The question is, what will Apple do once they knew the existence of such device.