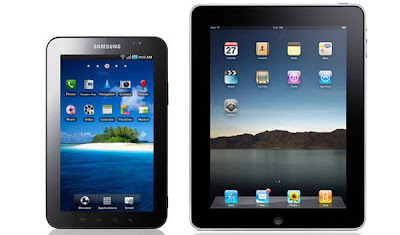 The end is near, it’s 2012, yes, the end is near for Apple’s iPad established kingdom on the tablet computer market. According from the analysts of Piper Jaffray, Android has a very strong chance of dethroning the iPad and takes a healthy portion of its share in the tablet market up to 39 percent.
While the eggs haven’t yet cracked, we can’t position ourselves on taking this in, Apple is known for their marketing strength and strategy that gives their product a hype which consumers undeniably lure in, don’t forget the iPad 2. However, the Android have seen a enormous market for the following years isn’t far-fetched, there’s hefty of Android tablets are expected to be dropped next year.
How about you? Do you think Android tablets can dethrone iPad as the number one tablet in the market?