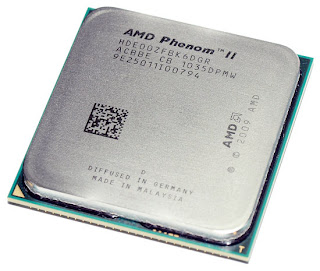 We can’t argue that Intel tops the six-core chip in terms of performance, and AMD was never on the idea of competing over benchmarks. However, when it comes to expensiveness no doubt that AMD has that cheapest processor ultimately worth it in terms of performance, so same with $265 price tag for AMD’s Phenom II X6 1100T claimed to be the fastest desktop processor to date, according to HotHardware review. So enough for this find out more after the break.
Accordingly if you’re a AMD-loving enthusiast, you can have some of its promising chips that’s already on the bargain shelves. The 1090T or 1075T, with the 3.4GHz Phenom II X2 565 Black Edition ($115) and 3.3GHz Athlon II X3 455 ($87).
Check out the links for each reviews:
Read – AnandTech
Read – Hot Hardware
Read – TechSpot
Read – HardOCP
Read – Firing Squad
Read – Hexus
Read – Legit Reviews
Read – PC Perspective