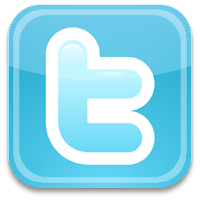 As on October 31, 2010, Twitter has now over 175 million registered users, which is a 30 million increase from their 145 million user figure in September 2010. This is again a major leap, considering the number of registered users just last year. Earlier this year, they also saw an increase in the number of registered users, taking the count to a total of 70 million users since April.
Twitter was launched on July 15, 2006 by Founders Jack Dorsey, Evan Williams and Biz Stone, founded in San Francisco, California. The website operated by Twitter Inc. is a social networking site which offers microblogging service to its users, which enables the users to send and read other user’s messages called tweets. Users can send and receive tweets from the website and also use external applications such as those used on smartphones to use the service on their phones.
The website has seen considerable increase in traffic and users since its launch. In 2007, they just had 503,000 users, which increased to a whooping 58 million users in 2009. This figure now stands at 175 million users, which is more than 200 percent increase since last years figure. At this rate, the website will be reaching 200 million users by 2011.
The drastic increase in the number of registered users has been due to the new Twitter.com experience which the company announced in mid-September. They introduced new features like incorporation of inline pictures and videos in the main Twitter stream, and introducing side bars, making the whole Twitter experience more attractive and interactive. They also introduced new activities like allowing their users to watch and Tweet President Obama’s recent town hall meeting from Twitter.com, bring a flood of users to the platform. The company also made changes to their web interface in the previous years and have been doing regularly to enhance the user experience.
In a New York Times profile, the co-founder Evan Williams said that traffic to the website has increased by 100% this year. He also mentioned that an average of 370,000 new users register and sign-up to the network every day. This figure has also increased as opposed to an average of 300,000 user sign-ups daily in the month of April.
With the current number of users, the website bears 90 million tweets daily, and with an expected 200 million users by the end of this year, this value is expected to increase further. In October 2010, Twitter also launched Promoted Accounts which allowed the users to promote their accounts by paying Twitter and getting followers. This not only allowed the users to use Twitter as a means of advertising, but converted Twitter from a non profit company to an earning business. The feature is available to selected advertisers for now, but the company is willing to expand its service by reaching to more advertisers. Twitter is also searching for a new office for their 300 employees, which shows that they are moving forward and expanding.
Author Bio
Anthony is a chief editor since early 2007, and he currently works Dwiduidefenselaw. A website that helps you to find the right DUI lawyer, you can search for a New Jersey DWI Attorney online, anytime!