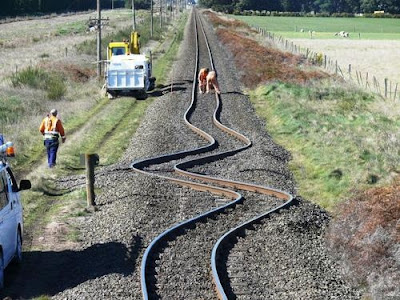 No, we know you’re thinking that this picture has been magically enhance by any editing software out there, but we tell you it isn’t. This scene is from Canterbury, New Zealand which is rocked by an earthquake last September and was left behind is this bizarre spaghetti shaped train tracks. 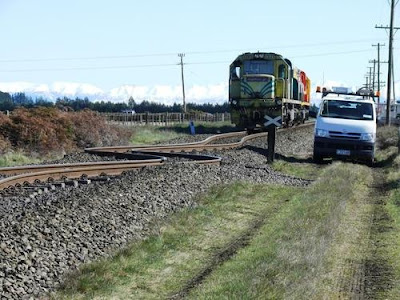 According to Dave Petley, writing for American Geophysical Union, they’re not sure how this unusual thing happens, accordingly:
“The compression on the very strong railway line was accommodated when a weak point was found, leading to a comparatively rapid deformation to form the main buckle on the left. This then concentrated stress on both sides of the buckle, allowing the other (right side) bends to form.”
Now we know how the natural phenomena can break or make anything, really remarkable.