Skip to content
TechGeeze > Verizon iPhone: What you need to know 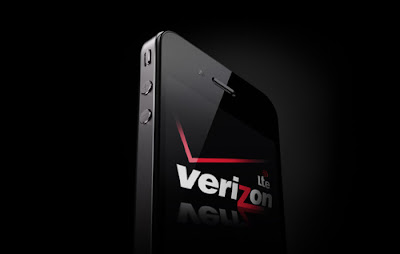 Picking up from where we left off, the rumors of a Verizon iPhone are very much alive and it seems that it will finally get out of the rumor mill by early 2011. Now what are the implications of this and why such a big fuzz? Well it is Apple and Verizon making this deal, that’s already a major reason to many. This also removes the exclusivity of the phone from AT&T. So, in preparation for this big thing, here’s a checklist of what you might need to know.

Validity of the Verizon iPhone Rumors

Is there even such a thing as a “valid rumor”? In the case of this  Verizon-Apple merger product, the rumors have resurfaced over and over again to really gain that much attention. Signs point to some articles from the Wall Street Journal as they’re saying that Apple has plans of producing CDMA phones. The newspaper then reported that it will go to Verizon, to quote:

Apple plans to begin mass producing the new iPhone by the end of the year, and it would be released in the first quarter of 2011, these people said. The phone would resemble the iPhone 4 currently sold by AT&T, but would be based on an alternative wireless technology used by Verizon, these people said.

Aside from the signs, there have been reactions as well, particularly from the AT&T side of the spectrum. Early termination fees have been raised to $325 — probably in preparation for the fact that subscribers may actually leave the provider due to network issues and going to Verizon. Want something obvious, well Verizon is releasing the iPad

, so if you’re doubting the relationship between the two companies, it’s pretty much established at this point. And that’s only the start. According to Verizon President & COO Lowell McAdam: “I’ve been saying for a couple of years now that I feel that Verizon’s and Apple’s business interests will eventually align.”
Timeframe
As mentioned, rumors point a possible release period of early 2011. Other reports specifically say that there might be a release in January next year, but this may just be the same iPhone 4

being sold today, just with an additional CDMA support. If you’ll look at Apple’s schedule, iPhone products have been released every June or July during the last four years. But carriers usually don’t follow that schedule, so Verizon may release one way before the mid of the year.
Network Support
This is one major advantage, if we may say, of Verizon over AT&T. If Apple were to create an iPhone unit for Verizon, then it must be fully compatible with their upcoming 4G network. However, there were reports stating that Apple won’t be getting the iPhone with 4G support in the first iteration of the supposedly Verizon iPhone, as well as the next generation iPhone units. This is the same situation Apple had during their initial release of the smartphone in 2007 when they chose 2G EDGE over the rising 3G during it’s first year of release and followed the next year with a 3G release after much complaints. And if you’re thinking of using the Verizon one with the AT&T one, then think again as the two networks use different network technologies.
Major Differences
As mentioned earlier, the primary difference will lie in the CDMA support for the Verizon unit. Which can entail limited roaming support outside of the United States, thus they may opt to produce a dual-mode handset that can use CDMA and GSM. Another con for the CDMA side is that voice and data transmission at the same time isn’t allowed.  However, according to the guys developing the CDMA standard, simultaneous transmission of voice and data will be supported by the first half of 2011. With more powerful data throughput comes more power usage, and battery issues will enter here. Aesthetics wise, don’t expect too much aside from the mandatory logo placement.
Verizon’s Android Phones
So, with all the hoopla on the Big Red’s iPhone, what about their other units, particularly those using Android? We all know that Verizon put in a great deal with their handsets, take the Motorola Droid as example. But the eventual partnership with Apple will eventually take its toll. And with the Windows Phone 7 units that were just launched, consumers will have more options and the market will be split in different points.
Experience
It all comes down to the user experience. Verizon promises better a network with their CDMA infrastructure but it has it’s negatives as mentioned. The experience will eventually come to a test when users hungry for high data rates start to come in and eventually fill in the network fast.
This is one problem that has been plaguing AT&T for the longest time. With much of their users having iPhones, no wonder their network crawls at times. This is because unlike other 3G handsets released by AT&T, iPhones tend to have a higher demand for data use. Add to that the vast, and we mean vast, number of users having iPhones, no wonder there’s a lot of strain to AT&T’s network. And the same problems may plague Verizon once they release their own iPhone units.
Verizon seems to be preparing for this incoming wave of high-data transmission as there are reports that they’re performing tests with Android units simulating increased data usage. Data from an independent research firm says that Verizon Android users consumes more data at 485MB in a month than those of AT&T iPhone ones with 344MB — although AT&T has around 16 million iPhone users compared to 9 million Android ones for Verizon, but still, they can get a hint from there.
All in all, it’s all about the user experience, not just the phone itself.