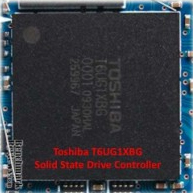 Going through the rumor mill once more, there have been noises that the MacBook Air will go through a redesign. Some are even banking on this and using it as an opportunity to create worthy alternatives. The image of the chip to your left is part of what was previously thought as a new 13-inch MacBook Air. While it is correct that it is indeed from a MacBook Air, inside sources are now telling that this will be from an upcoming smaller model, measuring only 11.6 inches. Codenamed “K18”, this model doesn’t seem to have the chassis space that the typical 13-inch model have, thus the conclusion of a smaller model Full Image and more after the cut. 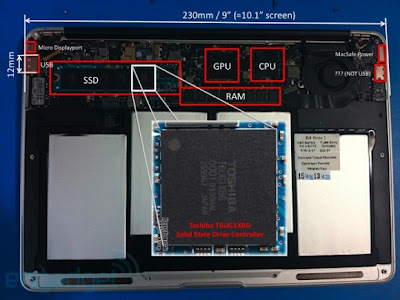 According to some sources from AppleInsider, this supposed smaller model isn’t intended to replace the larger one, but more of a cheaper alternative. Like it’s bigger counterpart, this will also feature the single button trackpad. However, it might be slightly thicker than your standard USB port at its thickest point. Whether this is true or not will be revealed in the Mac event in Oct. 20 (today!).