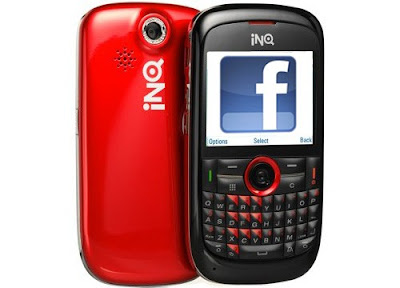 You’ve read that right… “again”. This all started with a report from TechCrunch saying that Facebook is maybe working on a mobile phone to enter in the crazy smartphone market. They said that according to a source who allegedly has knowledge on the project, two high-ranking officials are given the job of designing a new smartphone that can easily integrate the phone functions with your Facebook contacts. Another part of the rumor says that the said device is to be targeted at the $50 and below chunk of the market – putting it outside direct competition from the major smartphone competition. More after the break.
In trying to shed some light onto this rumor mill, Facebook CEO Mark Zuckerberg had a discussion with Michael Arrington of TechCrunch, the apparent source of this whole thing. Zuckerberg is saying that they are not developing any OS or hardware and they’re not comfortable to the idea of competing to Apple with their iPhone or Google’s Android platform. What he desires is “deeper social integration”. Social elements for these devices must be integrated from the start. Quoting Zuckerberg:

On phones we can actually do something better. We can do a single sign-on if we do a good integration with a phone, rather than just doing something where you go to an app and it’s automatically social or having to sign into each app individually. Those are the two options on the web. Why not for mobile? Just make it so that you log into your phone once, and then everything that you do on your phone is social.

With this, he is clearly not denying devices with such deep integration. Now add to that a report from Bloomberg that they are indeed entering that aforementioned market come 2011.

The devices, which will feature Facebook social-networking services, are due to be introduced in Europe in the first half of 2011 and the U.S. in the second half, said one of the people, who asked not to be identified because the plans haven’t been made public.

Bloomberg also reports that insider information form mobile manufacturer INQ Mobile Ltd. is saying that they are tasked to produce two smartphones in the same notion as Zuckerberg mentioned. One is supposedly a combination of a QWERTY keypad + touchscreen and another is a full-touchscreen phone. They also said that the platform to be used for these are based on a “stripped-down version” of Google’s Android with deep Facebook integration.