Skip to content
TechGeeze > Apple’s mouse design through the years 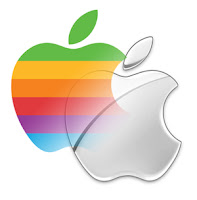 When we talk about Apple, we talk about innovation, we talk of pure creativity, we talk about uniqueness. From the days of the iMac, to the iPhone and to the iPad, Apple has proven to be the pioneer in product design with their portfolio of gadgets in the market today.
But all those have to begin somewhere – and today, we’ll feature one of those devices that we can’t live without in this modern digital world, the Apple Mouse. We’ll see how this single-button counterpart of the usual mouse changed its look from its name derivative, to the new ones we have today.
Hit the break to see how far they have come. 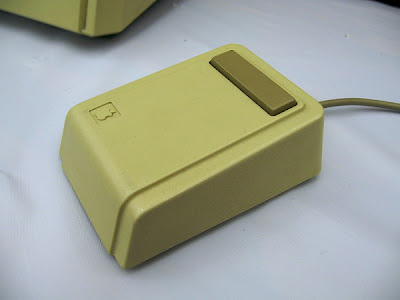 Inpired by Xerox’s input devices, Apple had this design for use in its Lisa Computer. They seeked the help of Hovey-Kelly to come up with a similar design at a much more reasonable cost. This design started the single-button approach through research that show what most computer users prefer.
Photo from Marcin Wichary 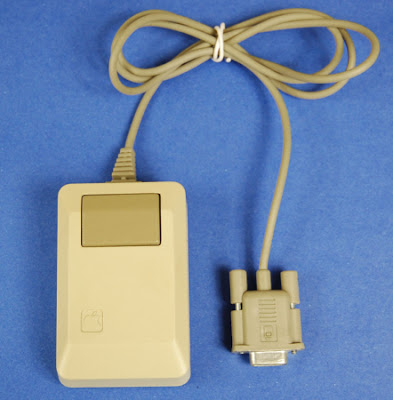 Not much of a departure from the Lisa mouse design, the Macintosh Mouse used a rubber roll-ball instead of a metal one. More or less, this design has been the staple for the AppleMouse IIc, AppleMouse II and AppleMouse.
Photo from Vectronic’s Apple World 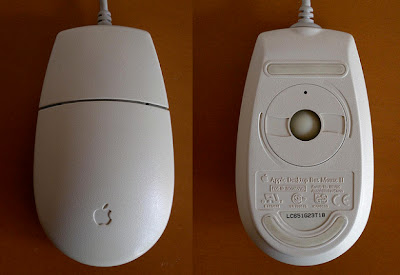 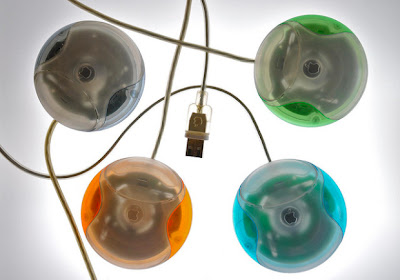 This mouse came in with the iMac, the point at which Apple started to play around with the designs of their products… and a bad start it is. Known as the “hockey puck mouse”, it suffered from bad ergonomics which made it very difficult to use. As with the iMac it was bundled with, it was also available in a variety of colors like Grape, Tangerine, Lime, Blueberry and Strawberry.
As to why they chose a round design is beyond us as this made it very difficult to control. The problem was so bad that accessories were actually made for this device to make it shape like the usual mouse we’re comfortable with. This and other myriad reasons made this one often appear in those “Worst Apple Product Lists”
While it still uses the single-button gimmick, this is one of the first mouses to use USB connectivity.
Photo from Raneko 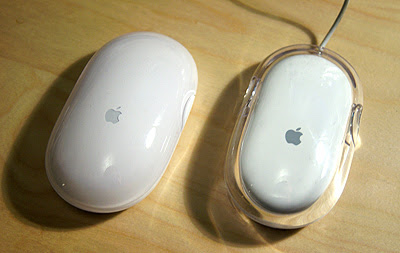 This was the first device from Apple that uses LED technology to detect movement, instead of the typical roll-ball which are plagued with response issues. While still retaining the single-click mechanism, this design didn’t limit it to a literal button, it made use of the whole body of the mouse as the button.
In 2003, the Apple Pro Mouse got a slight update as it’s now available in white as shown in the image above and now battery-powered with Bluetooth, making it also one of the Apple’s first wireless peripherals. Resulting in a success unlike its previous offering, it was in the market for 5 years without any major flaws.
Photo from Ask Bjorn Hansen 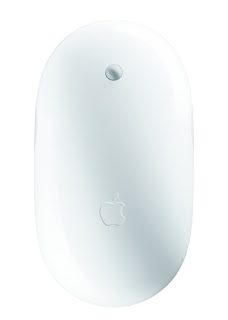 Coincidentally named after a cartoon character in the 90s initially, it was then referred to again as the Apple Mouse in 2009 after the company lost to a lawsuit filed by Man & Machine that also offered a device of the same name. For the sake of this list though, it will be referred to as the “Mighty Mouse”.
Apple first released a wired version with four programmable “buttons”, with two being touch sensors integrated into the body of the mouse and an “ingenous” (yes, that’s what Apple called it) omnidirectional scroll-ball that allows navigation to any direction.
A year later, they ditched the cord and released a Bluetooth 2.0 version of the Mighty Mouse with better everything thanks to the use of laser tracking instead of LEDs. Also, it can operate with either 1 or 2 batteries to one’s liking.

Continuing with the “MM” moniker, Apple’s next offering was the “Magic Mouse

“. Coming from the iPhone, this peripheral also adopts the multi-touch technology of the former. The sleek, white device made its debut in October of last year. Having the whole body of the mouse as a big clickable multi-touch sensor, it offered a very responsive experience than any other input device they released.

Not looking like a mouse at all, Apple goes beyond the usual with the “Magic Trackpad”. While they claim that you can use it with any Mac, the company doesn’t push this as the replacement to your handy-dandy mouse. But they also think that it won’t be long before this device eventually overthrows the mouse as input peripheral for Mac users. Building primarily on the ergonomic aspect, continuous use of the typical mouse often leads to wrist-related injuries.
With this, and the advent of natural gestures as means of pointing, it won’t be long before that our old means of doing this will be obsolete… at least from Apple’s perspective.