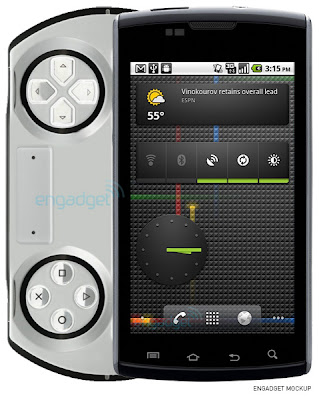 We doubt if you don’t noticed that iPhone/iPod gaming has taken away some parts of the hand-held gaming sales chart from Nintendo DSi and Sony PSP, compared to Android devices –gaming seems to be underwhelming. However it seems this time Sony Ericsson is prepping a gaming device, new gaming platform and ecosystem sitting on Gingerbread (Android 3.0) to redefine and push gaming on Google’s mobile platform. And what good on it, Engadget report it’s “already in the late stages of planning”. Check out the full specs details yet after the break.
Sony Ericsson PSP Go-like smartphone specification:
Hardware:
Software:
Release:
This is believable with the fact that all three companies could have a win-win situation, Google with Android, Sony, and Sony Ericsson as well. Now what, can we hear your violent reaction at the comment line?
Guaranteed 350-018 exam questions and EX0-101 practice test to help you pass 156-215.70 exam in hassle free way.