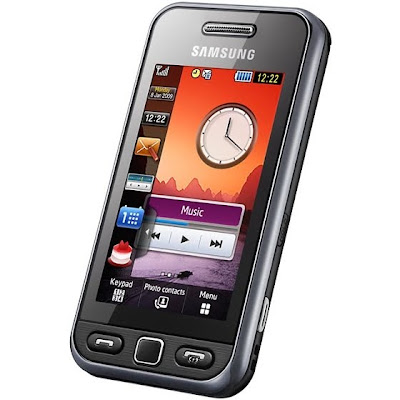 The Samsung Tocco Lite, a slimline version of the more heavy duty Tocco, has been considered Samsung’s answer to the basic but very successful LG Cookie. Both a little out of date now compared to modern touch screens, they remain budget phones that do the job well enough. The Tocco Lite is definitely still worth buying if you want a simple, easy to use phone with some great features.
Although released six months after the LG Cookie, the Tocco Lite has a lot of features in common. The screen, for example, is 3 inches across, same as the Cookie, with the same high resolution. However, the Tocco has the advantage of Samsung’s TouchWiz user interface. This has become a universally popular technology as it is not only easy to use but is also fully customisable, with home screens that you can add widgets and apps to.
Like the Cookie, the Tocco Lite has a built in accelerometer, meaning the screen rotates as you rotate the phone, from portrait to landscape view. The built in QWERTY keyboard is much easier to use in landscape view and you can quickly type out texts or emails. An individual feature on the Tocco Lite is the addition of real buttons on the bottom for call, send and select, making it even easier to use than basic touch screens.
Other additional features include handwriting recognition and gesture lock. The camera is the same spec as the Cookie’s at 3.2 megapixel and also has digital zoom. Samsung’s Smile Shot feature is also included, which supposedly takes the picture when it senses the subject is smiling. The Tocco Lite comes with Samsung’s built in photo editor and has limited camcorder capability to record basic video.
The music player on the Tocco supports most media files and has an FM radio with RDS. Downloadable MP3 ringtones are also supported, and the audio quality is quite good with a 3D surround effect. The player also includes an equaliser and support for DNSe, setting the Tocco apart a little, as does the higher memory capacity of 16GB with a microSD card.
Although the phone supports Bluetooth and USB connectivity, like the Cookie there is no 3G or Wi Fi so browsing may be clunky and download speed lacking. However, it’s good to browse on the large high quality screen and there is easy access to RSS feeds, Google Mail, Google Maps and Google Search.
Coming in a choice of pink, black or white, the Tocco Lite is a cute little phone with basic features that can be bought on a budget. Line rental starts from just £20 a month with a free phone at Phones 4 U.
Have you seen the packages available on Samsung’s new Galaxy S ? It’s one of the most sophisticated new touch screen phones available on the market at the moment.