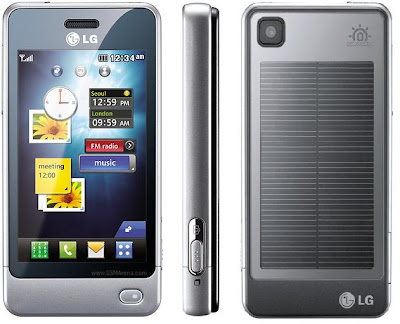 The LG POP GD510, LG’s most recent entry into the smartphone market, has been officially released. The device, featuring a highly responsive touchscreen, boasts an extremely slimline design, given its feature heavy specifications. The POP follows on from the LG Cookie – LG’s previous smartphone handset – in that, it’s relatively cheap, yet still does everything that a smartphone user could possibly want from their handset.
LG will be hoping their latest effort echoes the sales of the Cookie, for the device sold over 7 million units worldwide, and became a global hit. As mentioned, the POP GD510 avoids the bloated nature of many recent devices, and gives users want they want and need the most.
With the POP, individuals get the best of both worlds, in that they get the features and specifications they require, but they also get a slimline smartphone that looks good, as well as performs well. It’s also much cheaper than the majority of devices currently on the market, and there’s very little difference between the high-end products, and LG’s latest phone.
The front of the phone is dominated by a snappy 3” WQVGA touchscreen, that allows users to navigate to any of the features and applications loaded on the handset.
There’s also a high quality 3 megapixel integrated camera to the rear of the phone, and users can use to pre-loaded editing software to edit images, and then upload them to the Internet and social networking sites.
The LG POP is, essentially, all about multimedia playback, and the device has a built in MP3 player for music fans to listen to their favourite albums and playlists on the move (by plugging in earphones or headphones) or in the comfort of their own home (by using the built in stereo speakers).
And it’s not just music playback that’s featured on the POP, users can enjoy the video player to watch full-length feature films, movie trailer, or YouTube footage, and the latter can be accessed through the extremely responsive and fast page rendering Internet browser that LG has equipped the POP with.
Visit the LG POP page at Dial A Phone today and read the latest expert reviews on the new LG phone.