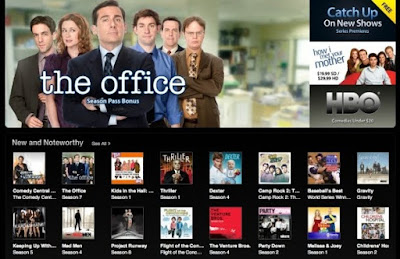 Yesterday, Bloomberg revealed that Apple is in talks of possible featuring television shows rentals from its iTunes Store. According to people familiar with with discussions between Apple and News Corp., Apple is on its way to serve the 99-cent TV show rentals. The rental system could be identical with Apple movie rentals on iTunes Store, which it allows users to watch the movie on specified time before the rented media expires.
Anyways, as fast as we can head on writing this story, Engadget today reported that the Apple media event could be set this coming September 7th, “Steve Jobs et al plan on hosting an event in San Francisco on September 7. This just so happens to be on a Tuesday and meshes perfectly with Apple’s annual Mac plus iPod touch promotion (which ends on the same day).”

Normally Apple holds an event in early September, to unveil its latest devices (typically focused on iPods) for the holiday shopping season. However, in the past this includes music and other media. This will even sweeten the rumors, with September 7th date (normally falling early Sept) and the 99-cent TV show rentals could go on other media items.