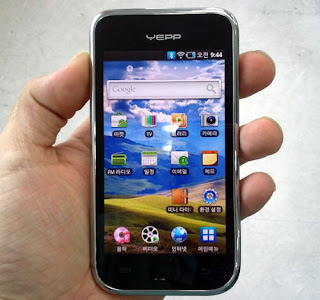 Are you familiar with Samsung’s YEPP portable media players? If not, then you should be, as the iPod-like multimedia player —Samsung YP-MB2 is another takes on bringing down the long term classic music player, –the iPod, specifically the iPod Touch not to mention its Android.
Samsung’s YP-MB2 sports Galaxy S’ touch-screen UI (Android 2.1 skinned with Samsung’s TouchWiz interface), 1GHz processor, Wi-Fi, FM radio, DMB TV, GPS, and a 4-inch Super AMOLED screen. It will also support 32GB, with an option to expand using micro SD cards. Additionally, it will support audio and video formats that includes MP3, Ogg, FLAC, AAC, WMA, WMV, ASF,AVI, MPEG4, DivX, and Xvid.
South Korea’s Daum store already list YP-MB2 and will ship there August 11.
However, until now it seems that the Korean-based company is still in secrecy regarding the pricing and availability for the U.S., but we speculate that it would be sooner as sure it will preempt Apple’s event by September.