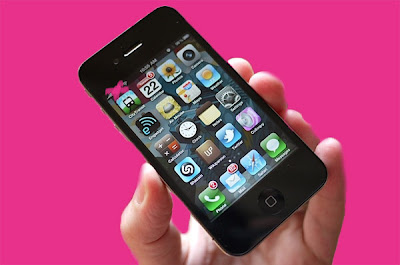 No more AT&T iPhone monopoly in the U.S. as the popular smartphone is rumored to jump in T-Mobile’s U.S. network. During this year’s third quarter probably by end of September, well be seeing new carrier iPhone adapters camp out on T-Mo’s stores to grab one. If and only if Cult of Mac report come true and “highly placed T-Mobile” source is accurate.

Talks between Apple and T-Mobile are at an advanced stage, our source says, and it’s 80 percent likely that the iPhone will be coming to T-Mobile in Q3.

The source works at T-Mobile but asked not to be quoted directly and to remain anonymous because they aren’t authorized to talk to the press.

As the report notes via Macrumors, “it is unclear whether the existing iPhone 4 hardware is compatible with T-Mobile’s 3G network, as even though the carrier uses the same UMTS system as the iPhone and its partner carriers, it utilizes a 1700 MHz frequency band that it not officially supported by the iPhone 4. It is possible, however, that the hardware already supports the 1700 MHz band but is not included in Apple’s specs or even in documentation filed with the U.S. Federal Communications Commission.”
Though also still we don’t know if what movement AT&T is making right now to suppressed this deal, we know most of the Apple fan is waiting for its Verizon version, which could end up on an Inception thing (dream on dream). As the exclusive iPhone makes it release from AT&T’s handcuff the observed most likely to fit is T-Mobile, why?, due to its UMTS support, something Verizon’s and Sprint’s networks can’t offer.