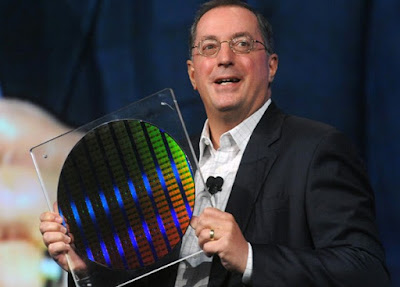 Intel‘s best quarterly profit ever has been the headlines early this week, and apart from that the company is currently planning on accelerating the roadmap for its next generation multicore chip called Sandy Bridge. Hit on the continue link, for you to know the difference between the Nehalem-based and Sandy Bridge.

Basically, the difference between the Nehalem and Sandy Bridge, Sandy Bridge architecture takes everything down to 32nm including the graphics processor and memory controller while the Nehalem-based we have today are built at 45nm.
Well, one thing is for sure this upcoming processors are much powerful and efficient –thanks, to its customers who have already tested Sandy Bridge, Microsoft is force to let it out on the shelves earlier, could be later this year.
Now, the scenarios of new Sandy Bridge computers on the shelves by Holiday will be overly welcome.