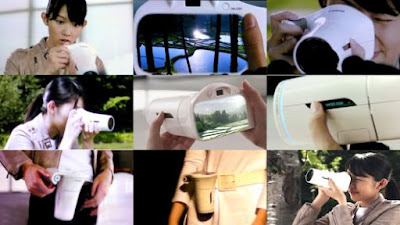 There are times that we wished that concept are just like the retail version of the product, why? We just can’t wait for this thing to hit the shelves, no wonder, it’s Canon Wonder Camera. World Expo 2010 is now taking place in Shanghai and Canon is there to showcase what they store for us in the near future. Seemingly a giant leap in the field of photography and camera advancements.

Canon’s Wonder Camera has a futuristic looks that was capable of snapping macro shots even it can zoom up to 500mm, imagine that for a single lens. According to Canon, this wonder shooter captures only video, since the clip’s resolution is high enough for users to splice a single frame out as a still image. Being a wonder camera, it will have a proprietary technology for advance image stabilizer.
Maybe this things will eat sometimes before we can hand on Canon’s wonder. Anyways, Gizmag have their thoughts on the video below. Plus, we want to hear something from you below, yes at the comment line.