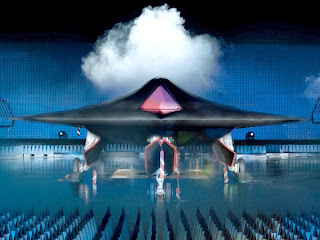 If you’ve seen the movie “Stealth” (2005) then I think you should switch the panic button now, common we’re not kidding as the Britain’s Ministry of Defence unveiled the BAE-built Taranis. Like the self-thinking stealth bomber in the movie, this combat aircraft has its own brain but for now the details on this part is still under the hood. Though most of the time the Taranis will flies under the control of highly trained crews on the ground.
Now you see how deadly the Taranis can be, with the lowest risk of crews since it’s an unmanned Stealth Bomber. So it is exactly do what you think, fly into enemy territory undetected, and then drop its payload where it counts.
However the Taranis is said to go on test flights early next year. So, we better takes our eyes wide open to see it coming, if you can catch it.